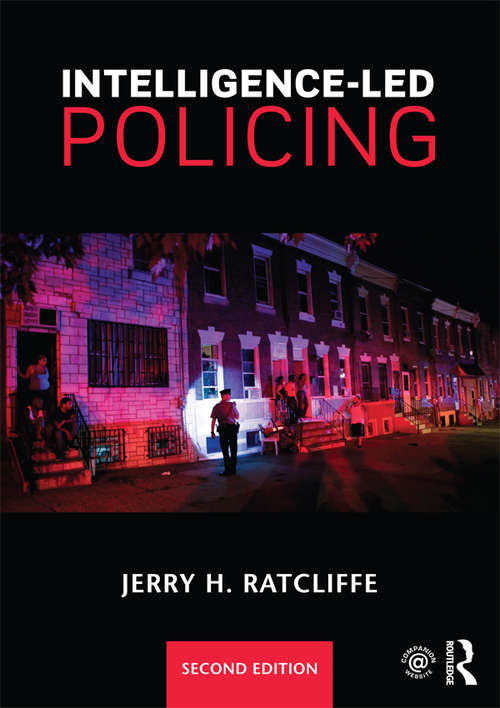 What is intelligence-led policing? Who came up with the idea? Where did it come from? How does it relate to other policing paradigms? What distinguishes an intelligence-led approach to crime reduction? How is it designed to have an impact on crime? Does it prevent crime? These are just a few of the questions that this book seeks to answer.

This revised and updated second edition includes new case studies and viewpoints, a revised crime funnel based on new data, and a new chapter examining the expanding role of technology and big data in intelligence-led policing. Most importantly, the author builds upon an updated definition of intelligence-led policing as it has evolved into a framework capable of encompassing more operational police activity than simply organized crime and recidivist offenders.

Topics covered in this book include:

* The origins and aims of intelligence-led policing

* Evaluations of intelligence-led policing as a crime-control strategy

Written by an expert in the field, this book offers a comprehensive and engaging introduction to intelligence-led policing for students, practitioners and scholars of policing, criminal intelligence and crime analysis. This book will be of particular interest to professionals within the law enforcement environment; senior officers, middle management, analysts and operational staff. A companion website offers a range of resources for students and instructors, including slides, chapter headings with supporting notes, key terms and names, critical-thinking questions, and quizzes.