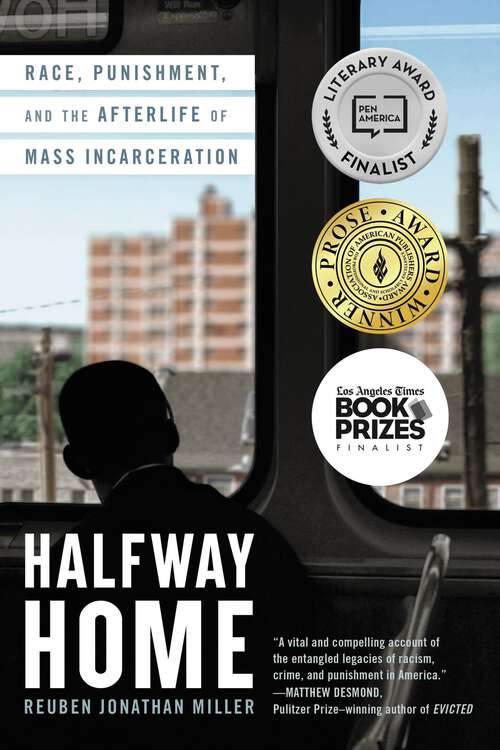 A &“persuasive and essential&” (Matthew Desmond) work that will forever change how we look at life after prison in America through Miller&’s &“stunning, and deeply painful reckoning with our nation&’s carceral system&” (Heather Ann Thompson) Each year, more than half a million Americans are released from prison and join a population of twenty million people who live with a felony record. Reuben Miller, a chaplain at the Cook County Jail in Chicago and now a sociologist studying mass incarceration, spent years alongside prisoners, ex-prisoners, their friends, and their families to understand the lifelong burden that even a single arrest can entail. What his work revealed is a simple, if overlooked truth: life after incarceration is its own form of prison. The idea that one can serve their debt and return to life as a full-fledge member of society is one of America&’s most nefarious myths. Recently released individuals are faced with jobs that are off-limits, apartments that cannot be occupied and votes that cannot be cast. As The Color of Law exposed about our understanding of housing segregation, Halfway Home shows that the American justice system was not created to rehabilitate. Parole is structured to keep classes of Americans impoverished, unstable, and disenfranchised long after they&’ve paid their debt to society. Informed by Miller&’s experience as the son and brother of incarcerated men, captures the stories of the men, women, and communities fighting against a system that is designed for them to fail. It is a poignant and eye-opening call to arms that reveals how laws, rules, and regulations extract a tangible cost not only from those working to rebuild their lives, but also our democracy. As Miller searchingly explores, America must acknowledge and value the lives of its formerly imprisoned citizens.