Song for Almeyda and Song for Anninho 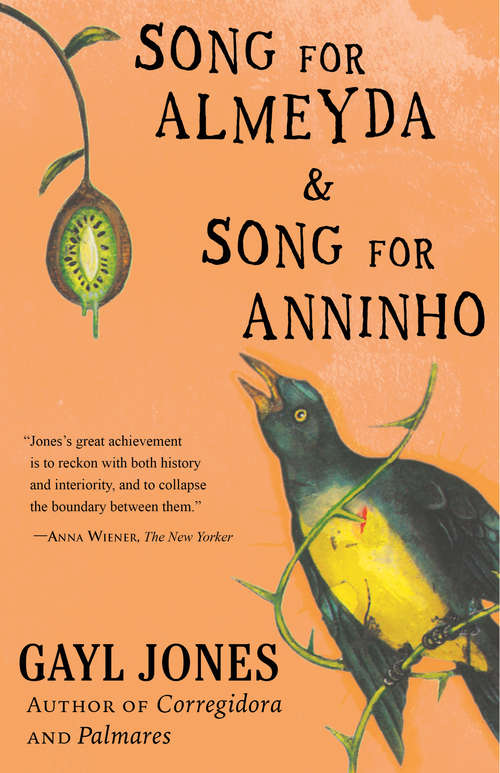 From the highly acclaimed author of Corregidora and The Healing—two epic poems, the love songs of fugitive slaves, set in 17th-century Brazil; continuing the unforgettable journey told in Gayl Jones’s masterwork, Palmares (2021).

Gayl Jones, the novelist Toni Morrison discovered decades ago and Tayari Jones recently called her favorite writer, offers two books in one with this volume of poetry. Jones renders the saga of Palmares, a foundational tale in the annals of colonial terrorism and Black resistance, in verse, told in the voices of the characters in her epic novel Palmares.

In the late 17th century, the fugitive slave enclave of Palmares was destroyed by Portuguese colonists. Amid the flight and re-enslavement of Palmares’s inhabitants emerges the love story of Almeyda and Anninho. In Song for Anninho, Almeyda moves between a dark present, in which she is once again enslaved and abused by a terrible captor, and memories of her lover, Anninho, whom she believes to have been killed. Song for Almeyda, released now for the first time, is told in the voices of Anninho and his fellow warriors.