The Social Psychology of Morality 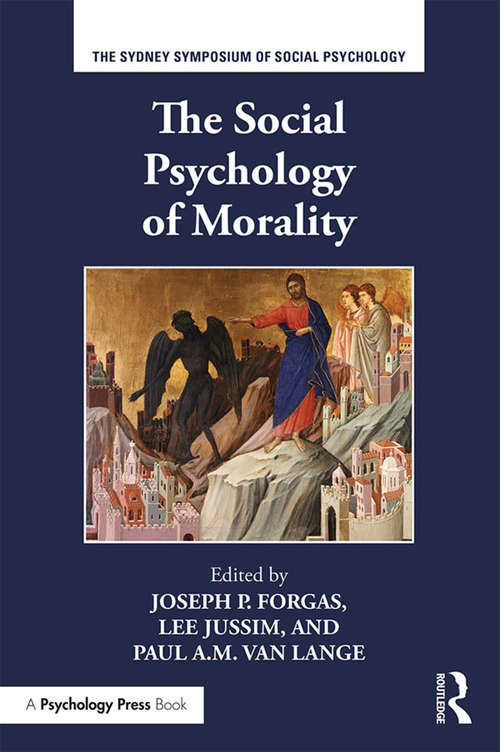 Ever since Plato’s ‘Republic’ was written over two thousand years ago, one of the main concerns of social philosophy and later empirical social science was to understand the moral nature of human beings. The faculty to think and act in terms of overarching moral values is as much a defining hallmark of our species as is our intelligence, so homo moralis is no less an appropriate term to describe humans as homo sapiens.

This volume makes a case for the pivotal role of social psychology as the core discipline for studying morality. The book is divided into four parts. First, the role of social psychological processes in moral values and judgments is discussed, followed by an analysis of the role of morality in interpersonal processes. The sometimes paradoxical, ironic effects of moral beliefs are described next, and in the final section the role of morality in collective and group behavior is considered.

This book will be of interest to students and researchers in the social and behavioral sciences concerned with moral behavior, as well as professionals and practitioners in clinical, counseling, organizational, marketing and educational psychology where issues of ethics and morality are of importance.