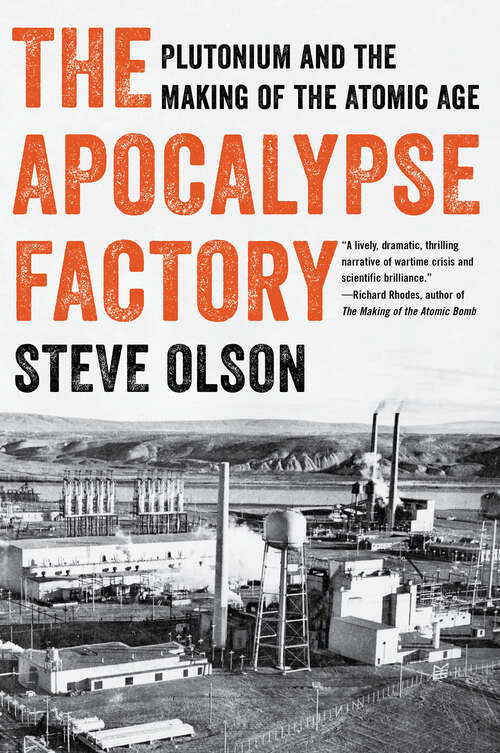 A thrilling narrative of scientific triumph, decades of secrecy, and the unimaginable destruction wrought by the creation of the atomic bomb.

It began with plutonium, the first element ever manufactured in quantity by humans. Fearing that the Germans would be the first to weaponize the atom, the United States marshaled brilliant minds and seemingly inexhaustible bodies to find a way to create a nuclear chain reaction of inconceivable explosive power. In a matter of months, the Hanford nuclear facility was built to produce and weaponize the enigmatic and deadly new material that would fuel atomic bombs. In the desert of eastern Washington State, far from prying eyes, scientists Glenn Seaborg, Enrico Fermi, and many thousands of others—the physicists, engineers, laborers, and support staff at the facility—manufactured plutonium for the bomb dropped on Nagasaki, and for the bombs in the current American nuclear arsenal, enabling the construction of weapons with the potential to end human civilization.

With his characteristic blend of scientific clarity and storytelling, Steve Olson asks why Hanford has been largely overlooked in histories of the Manhattan Project and the Cold War. Olson, who grew up just twenty miles from Hanford’s B Reactor, recounts how a small Washington town played host to some of the most influential scientists and engineers in American history as they sought to create the substance at the core of the most destructive weapons ever created. The Apocalypse Factory offers a new generation this dramatic story of human achievement and, ultimately, of lethal hubris.