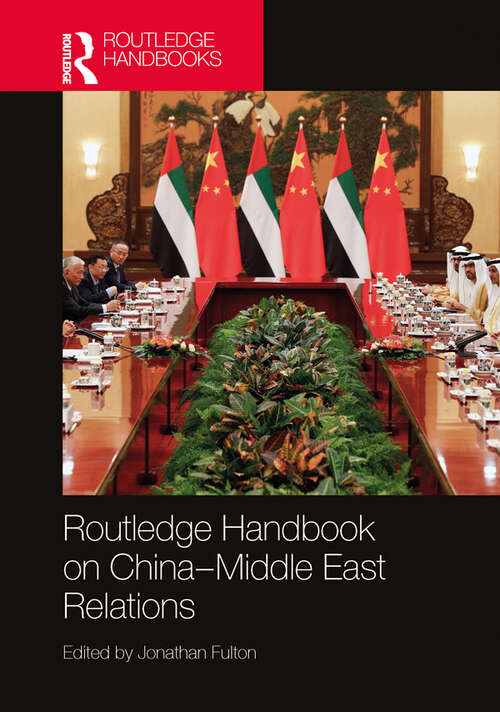 As the largest extra-regional economic actor in the Middle East, China is the biggest source of foreign direct investment into the region and the largest trading partner for most Middle Eastern states. This portends a larger role in political and security affairs, as the value of Chinese assets combined with a growing expatriate population in the region demands a more proactive role in contributing to regional order. Exploring the effect of these developments, the expert contributors also consider the reverberations in great power politics, as the United States, Russia, India, Japan, and the European Union also have considerable interests in the region. The book is divided into four sections:

This volume is an essential reference for scholars and policy-makers in the fields of international relations, political sociology, international political economy, and foreign policy analysis. Area studies specialists in Middle Eastern Studies, China Studies, and East Asian Studies will also find it an invaluable resource.