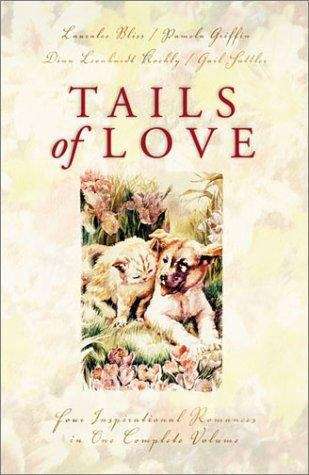 Ark of Love by Lauralee Bliss

Brian Davis is indebted to his best friend Bob for helping him start his pet store business, and in gratitude, he takes on Bob's sister, Rachel, as an employee. Rachel's skills in the pet store leave much to be desired, and her many mistakes could cost Brian his reputation and his business. Can love turn the situation around before it's too late?

Frenzied barking leads Jake to Kerry's rescue when she accidentally locks herself outside on her sister's balcony. After a dual case of mistaken identity is cleared up, the two call a truce, but it doesn't last long. Later, Kerry finds an injured dog and seeks a veterinarianwho turns out to be Jake. A dog brought them together; can another dog reunite them

when all else has failed? U have to say I

When a Welsh corgi bites Mart's Great Dane in the leg, Matt demands the owner pay the vet's bill. Lynne refuses, claiming her sweet Bamboo wouldn't bite a flea, let alone a Great Dane. Her confidence in her dog's innocence falls apart when she meets the new youth pastor, who just happens to be the Great Dane's owner. Lynne doesn't know what to do. As time passes more questions plague her: Instead of wondering about Brutus, why is she thinking about his owner?

Fluffy doesn't particularly like Fido, and their owners don't differ much in their opinions of each other, either. Whenever Fluffy and Fido see each other, fur flies, likewise with Heather and Bill; yet something draws the two sides together and they can't stay apart. Then one day, Fluffy and Fido get lost, and Heather and Bill must unite to find them before it's too late. Usually, with cats and dogs, never the twain shall meet. Or shall they?