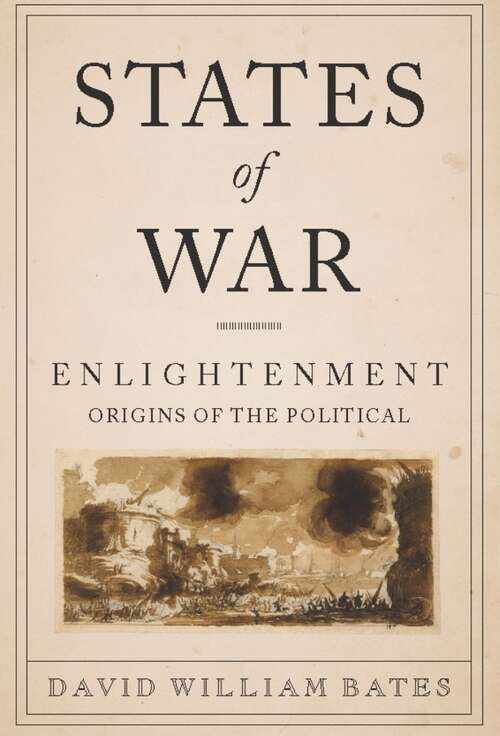 We fear that the growing threat of violent attack has upset the balance between existential concepts of political power, which emphasize security, and traditional notions of constitutional limits meant to protect civil liberties. We worry that constitutional states cannot, during a time of war, terror, and extreme crisis, maintain legality and preserve civil rights and freedoms. David Williams Bates allays these concerns by revisiting the theoretical origins of the modern constitutional state, which, he argues, recognized and made room for tensions among law, war, and the social order.We traditionally associate the Enlightenment with the taming of absolutist sovereign power through the establishment of a legal state based on the rights of individuals. In his critical rereading, Bates shows instead that Enlightenment thinkers conceived of political autonomy in a systematic, theoretical way. Focusing on the nature of foundational violence, war, and existential crises, eighteenth-century thinkers understood law and constitutional order not as constraints on political power but as the logical implication of that primordial force. Returning to the origin stories that informed the beginnings of political community, Bates reclaims the idea of law, warfare, and the social order as intertwining elements subject to complex historical development. Following an analysis of seminal works by seventeenth-century natural-law theorists, Bates reviews the major canonical thinkers of constitutional theory (Locke, Montesquieu, and Rousseau) from the perspective of existential security and sovereign power. Countering Carl Schmitt's influential notion of the autonomy of the political, Bates demonstrates that Enlightenment thinkers understood the autonomous political sphere as a space of law protecting individuals according to their political status, not as mere members of a historically contingent social order.