Jewish Women's History from Antiquity to the Present 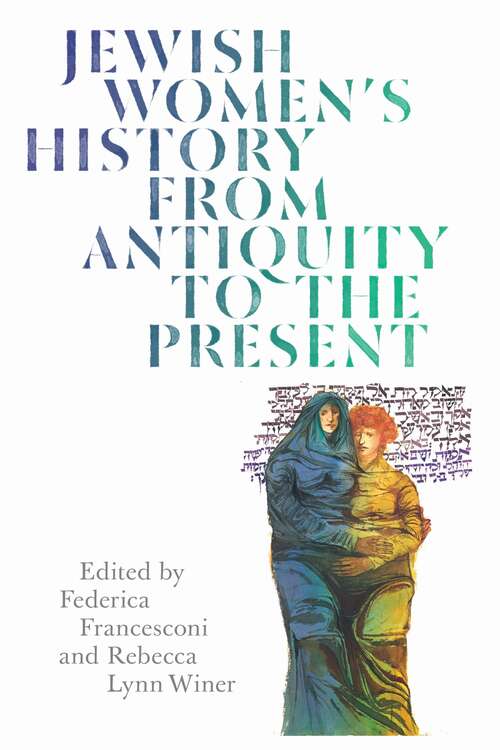 Jewish Women’s History from Antiquity to the Present is broad in geographical scope exploring Jewish women’s lives in what is now Eastern and Western Europe, Britain, Israel, Turkey, North Africa, and North America. Editors Federica Francesconi and Rebecca Lynn Winer focus the volume on reconstructing the experiences of ordinary women and situating those of the extraordinary and famous within the gender systems of their times and places.

The twenty-one contributors analyze the history of Jewish women in the light of gender as religious, cultural, and social construct. They apply new methodologies in approaching rabbinic sources, prescriptive literature, and musar (ethics), interrogating them about female roles in the biblical and rabbinic imaginations, and in relation to women’s restrictions and quotidian actions on the ground. They explore Jewish’s women experiences of persecution, displacement, immigration, integration, and social mobility from the medieval age through the nineteenth century. And for the modern era, this volume assesses women’s spiritual developments; how they experienced changes in religious and political societies, both Jewish and non-Jewish; the history of women in the Holocaust, their struggle through persecution and deportation; women’s everyday concerns, Jewish lesbian activism, and the spiritual sphere in the contemporary era. Contributors reinterpret rabbinical responsa through new lenses and study a plethora of unpublished and previously unknown archival sources, such as community ordinances and court records, alongside autobiographies, letters, poetry, narrative prose, devotional objects, the built environment, illuminated manuscripts, and early printed books.

This publication is significant within the field of Jewish studies and beyond; the essays include comparative material and have the potential to reach scholarly audiences in many related fields but are also written to be accessible to all, with the introductions in every chapter aimed at orienting the enthusiast from outside academia to each time and place.