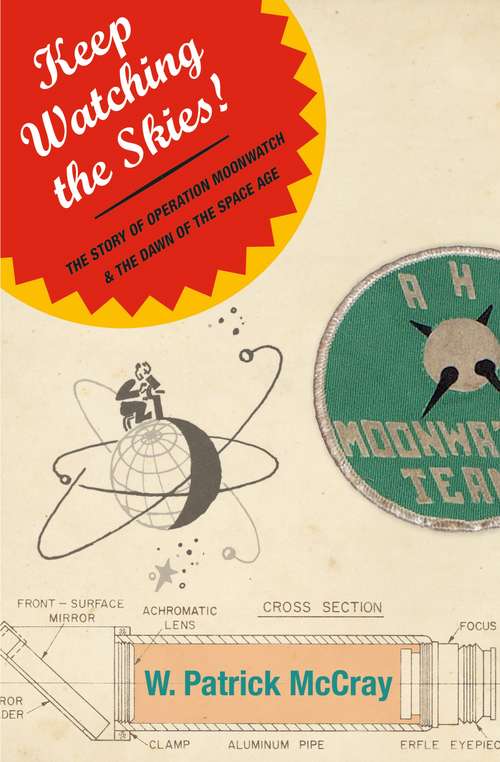 When the Soviets launched Sputnik in 1957, thousands of ordinary people across the globe seized the opportunity to participate in the start of the Space Age. Known as the "Moonwatchers," these largely forgotten citizen-scientists helped professional astronomers by providing critical and otherwise unavailable information about the first satellites. In Keep Watching the Skies!, Patrick McCray tells the story of this network of pioneers who, fueled by civic pride and exhilarated by space exploration, took part in the twentieth century's biggest scientific endeavor. Around the world, thousands of teenagers, homemakers, teachers, amateur astronomers, and other citizens joined Moonwatch teams. Despite their diverse backgrounds and nationalities, they shared a remarkable faith in the transformative power of science--a faith inspired by the Cold War culture in which they lived. Against the backdrop of the space race and technological advancement, ordinary people developed an unprecedented desire to contribute to scientific knowledge and to investigate their place in the cosmos. Using homemade telescopes and other gadgets, Moonwatchers witnessed firsthand the astonishing beginning of the Space Age. In the process, these amateur scientists organized themselves into a worldwide network of satellite spotters that still exists today. Drawing on previously unexamined letters, photos, scrapbooks, and interviews, Keep Watching the Skies! recreates a pivotal event from a perspective never before examined--that of ordinary people who leaped at a chance to take part in the excitement of space exploration.