The Psychological Basis of Moral Judgments 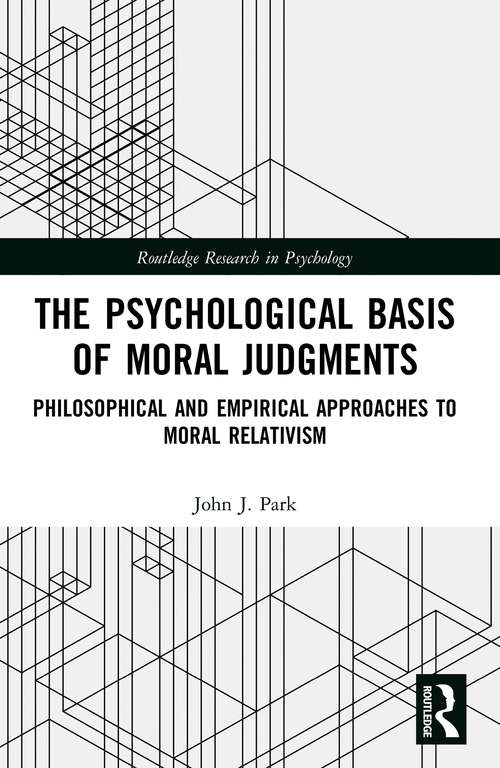 This volume examines the psychological basis of moral judgments and asks what theories of concepts apply to moral concepts. By combining philosophical reasoning and empirical insights from the fields of moral psychology, cognitive science, evolutionary psychology, and neuroscience, it considers what mental states not only influence, but also constitute our moral concepts and judgments. On this basis, Park proposes a novel pluralistic theory of moral concepts which includes three different cognitive structures and emotions. Thus, our moral judgments are shown to be a hybrid that express both cognitive and conative states.

In part through analysis of new empirical data on moral semantic intuitions, gathered via cross-cultural experimental research, Park reveals that the referents of individuals’ moral judgments and concepts vary across time, contexts, and groups. On this basis, he contends for moral relativism, where moral judgments cannot be universally true across time and location but only relative to groups.