Hall-Dennis and the Road to Utopia 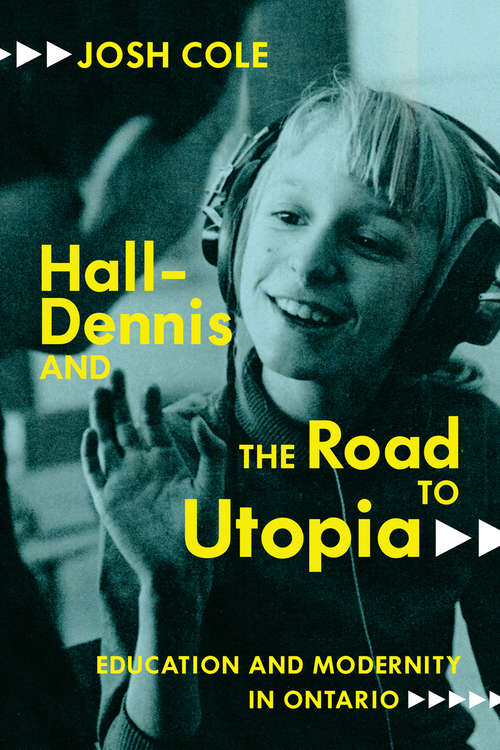 The quarter century that followed the end of the Second World War was marked by intense social and economic transformation: the changing face of postwar capitalism, a revolution in communications technology, the rise of youth culture, and the pronounced ascent of individual freedom all contributed to a dramatic push to remake, and thus improve, society. This push was especially felt within education, the primary vehicle for modernizing the postwar world from the ground up.Hall-Dennis and the Road to Utopia explores this moment of renewal through a powerful and influential education reform project: 1968's Living and Learning: The Report of the Provincial Committee on Aims and Objectives of Education in the Schools of Ontario. The Hall-Dennis report, as it became known, urged Ontarians to accept a new vision of education in which students were no longer organized in classes, their progress no longer measured by grades, and their experience no longer characterized by the painful acquisition of subjects, but rather by a joyous and open-ended process of learning. This new, democratic system of education was associated with the highest ideals of postwar progress, liberalism, and humanism, yet its recommendations were paradoxically both profoundly radical and fundamentally conservative. Its avant-garde research strategies and controversial "post-literate" curricular reforms were balanced by a pedagogical approach designed to mould students into obedient citizens and productive economic actors.As Canadians once again find themselves asking fundamental questions about the aims and objectives of education under radically changing circumstances, Josh Cole revisits Hall-Dennis to show how the committee and its report represent a significant moment in Canadian cultural and political history, a prescient document in the history of education, and a revealing expression of the fragmentary circumstances of global modernity in the second half of the twentieth century.