Voices From the Napoleonic Wars 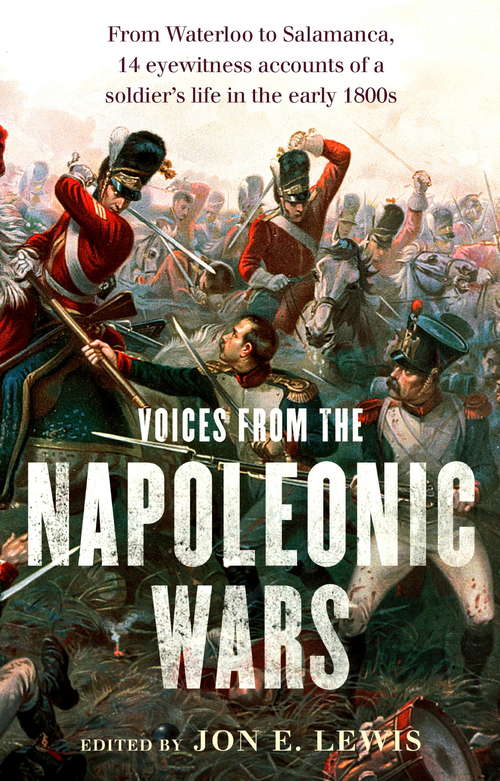 Voices from the Napoleonic Wars reveals in telling detail the harsh lives of soldiers at the turn of the eighteenth century and in the early years of the nineteenth - the poor food and brutal discipline they endured, along with the forced marches and bloody, hand-to-hand combat. Contemporaries were mesmerised by Napoleon, and with good reason: in 1812, he had an unprecedented million men and more under arms. His new model army of volunteers and conscripts at epic battles such as Austerlitz, Salamanca, Borodino, Jena and, of course, Waterloo marked the beginning of modern warfare, the road to the Sommes and Stalingrad. The citizen-in-arms of Napoleon's Grande Arm?e and other armies of the time gave rise to a distinct body of soldiers' personal memoirs. The personal accounts that Jon E. Lewis has selected from these memoirs, as well as from letters and diaries, include those of Rifleman Harris fighting in the Peninsular Wars, and Captain Alexander Cavalie Mercer of the Royal Horse Artillery at Waterloo. They cover the land campaigns of the French Revolutionary Wars (1739-1802), the Napoleonic Wars (1803-1815) and the War of 1812 (1812-1815), in North America. This was the age of cavalry charges, of horse-drawn artillery, of muskets and hand-to-hand combat with sabres and bayonets. It was an era in which inspirational leadership and patriotic common cause counted for much at close quarters on chaotic and bloody battlefields. The men who wrote these accounts were directly involved in the sweeping campaigns and climactic battles that set Europe and America alight at the turn of the eighteenth century and in the years that followed. Alongside recollections of the ferocity of hard-fought battles are the equally telling details of the common soldier's daily life - short rations, forced marches in the searing heat of the Iberian summer and the bitter cold of the Russian winter, debilitating illnesses and crippling wounds, looting and the lash, but also the compensations of hard-won comradeship in the face of ever-present death. Collectively, these personal accounts give us the most vivid picture of warfare 200 and more years ago, in the evocative language of those who knew it at first hand - the men and officers of the British, French and American armies. They let us know exactly what it was like to be an infantryman, a cavalryman, an artilleryman of the time.