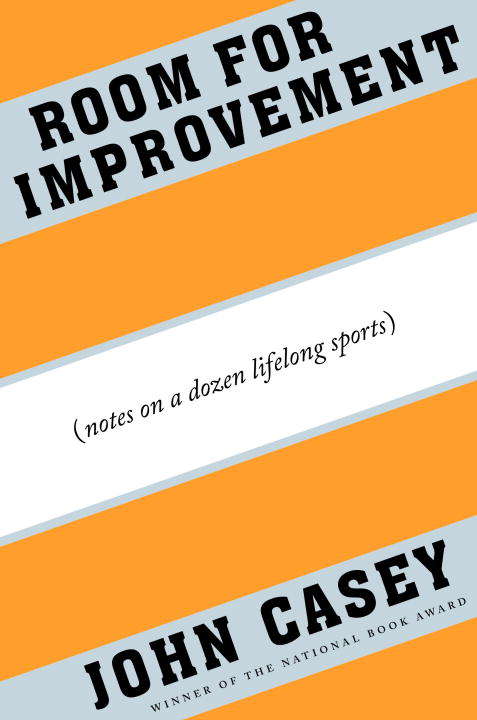 From the author of the novel Spartina, which won the National Book Award and has established itself as a modern classic, comes a collection of essays that describe with tenderhearted candor and humor a lifetime's worth of addiction. No, not an addiction to booze or drugs, but an addiction to a more natural gratification: the joy of sport, exercise, and the sheer elation of being ready and willing to say yes to a challenge. Want to run a marathon? OK. Climb Mount Katahdin? Sure! How about canoeing the entire length of the Delaware River? Why not? Spanning more than fifty years of ambitious and sometimes peculiar endeavors, these essays take us along on some of Casey's greatest adventures: a twenty-six-day Outward Bound course in Maine during the dead of winter; being pinned by a two-hundred-pound judo instructor whose words, "Come on, white boy. Don't give up," encourage at least one more attempt at escape; leading a lost couple on a yacht through the rocky waterways of Narragansett Bay by a simple rowboat; and completing--on his seventieth birthday--a 70K marathon of his own devising that included rowing, bicycling, skating, Rollerblading, and finally, trotting the dog out for a mile. Be it a preoccupation with health, vanity, or just an indomitably playful sense of adventure, John Casey's Room for Improvement is a joyful self-portrait of a writer who loves going to extremes, just to find out what it's like once he gets there.From the Hardcover edition.