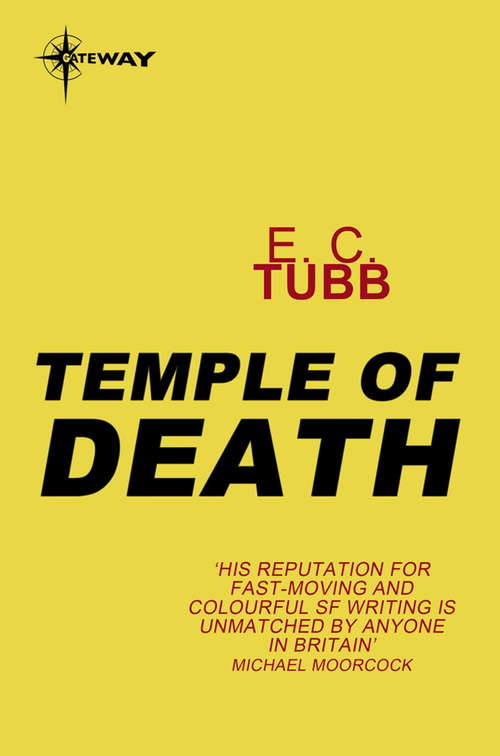 For ten years, Colin sweated, slaved, and eventually built-up a nice business on a dusty world called Mars. Ten more years and he'd have been able to retire a rich man. Five more years and he'd have put all worry behind him. He didn't get those five years. During a sandstorm, he blundered accidentally into the forbidden zone, where the temple of Dra Vheera waited and rested, an area guarded zealously to the death by a fanatical faith. The Martians complained, and he lost all, stripped of everything he owned, fined, and sent back to Earth on a one-way ticket. And who was to blame? The Dra Vheera, the priesthood of Mars, the temple, the religion. One name for all three, but all three really one. A man named Barhart offered vengeance, sweet, pure vengeance. With his help and money, Colin put together a force of eager men determined to strike back at the Martians, but he found more than they bargained for. The safety of Earth was now at stake, and Colin had to race against time and Death to save mankind.