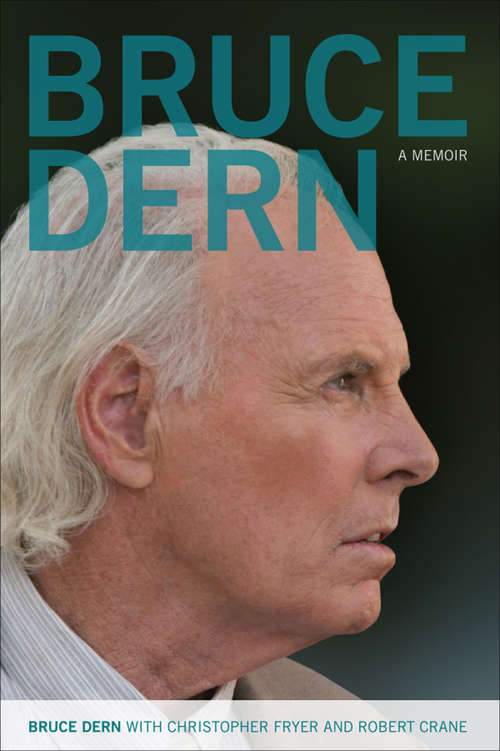 This memoir by the Academy Award nominee “proves that Dern off-screen is every bit as unpredictable, compelling and explosively honest as he is onscreen” (Newsday).One of Hollywood’s biggest personalities, Bruce Dern is not afraid to say what he thinks. He has left an indelible mark on numerous projects, from critically acclaimed films to made-for-TV movies and television series. His notable credits include The Great Gatsby, The 'Burbs, Monster, Django Unchained, and Nebraska, for which he won the Best Actor award at the 2013 Cannes Film Festival. He also earned Oscar nominations for Best Supporting Actor in Coming Home and for Best Actor in Nebraska.In Bruce Dern: A Memoir, Christopher Fryer and Robert Crane help the outspoken star frame the fascinating tale of his life in Hollywood. Dern details the challenges he faced as an artist in a cutthroat business, his struggle against typecasting, and his thoughts on and relationships with other famous figures, including Elia Kazan, Alfred Hitchcock, Jack Nicholson, Paul Newman, Bob Dylan, Matt Damon, Jane Fonda, John Wayne, and Tom Hanks. He also explores the impact of his fame on his family and discusses his unique relationship with his daughter, actress Laura Dern.Edgy and uncensored, this memoir—filled with “amusing, illuminating, and occasionally heartrending anecdotes” (Philadelphia Inquirer)—is a wild ride and an insider’s view of fifty years in the film industry.