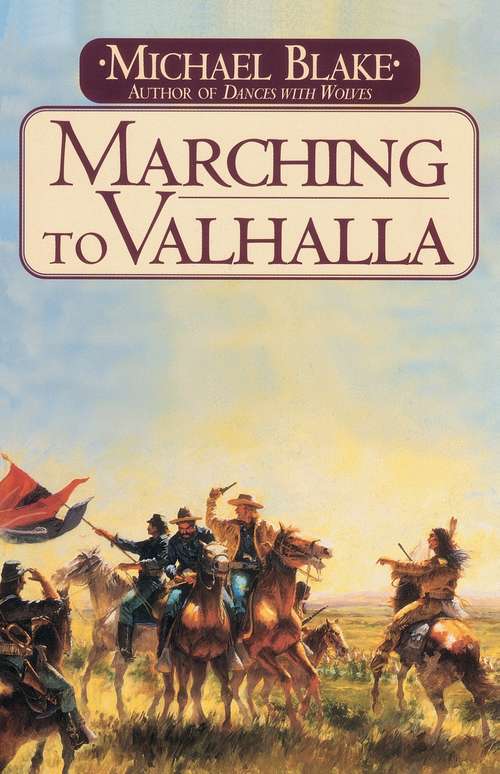 No contemporary author portrays the Old West with the vibrancy, authenticity, and drama of Michael Blake. As he demonstrated with his international best-selling novel Dances With Wolves (which was the basis for the Oscar-winning film by Kevin Costner), Blake transforms the American frontier into a saga as original as it is unforgettable. Now, in Marching to Valhalla, Blake turns his storyteller's eye on George Armstrong Custer, West Pointer, youngest Union general of the Civil War, horseman, passionate lover, explorer, ardent husband, and, most famously, Indian hunter. In Blake's pages, Custer emerges as a dashing, driven soldier, suspicious of his friends, respectful of his enemies, and ever unable to feel quite alive in the civilian world. Composed in the form of Custer's journal, Marching to Valhalla is an impeccable merging of fact and fiction, a powerful evocation of our bloody past, and a tribute to the endurance of a human heart facing adversity and disaster. A masterpiece of the Old West, Michael Blake's novel is a tragic romance that reveals a Custer never before imagined, and lets us finally contemplate the twisting, uncharted paths to glory and doom. (back flap) Michael Blake's previous books include Airman Mortensen and Dances With Wolves. He began writing professionally while enlisted in the U.S. Air Force from 1964 to 1968. In addition to writing, he is also devoted to public service and has received many honors for his efforts, including the Animal Protection Institute's Humanitarian of the Year Award. He lives with his wife on a ranch in southern Arizona.