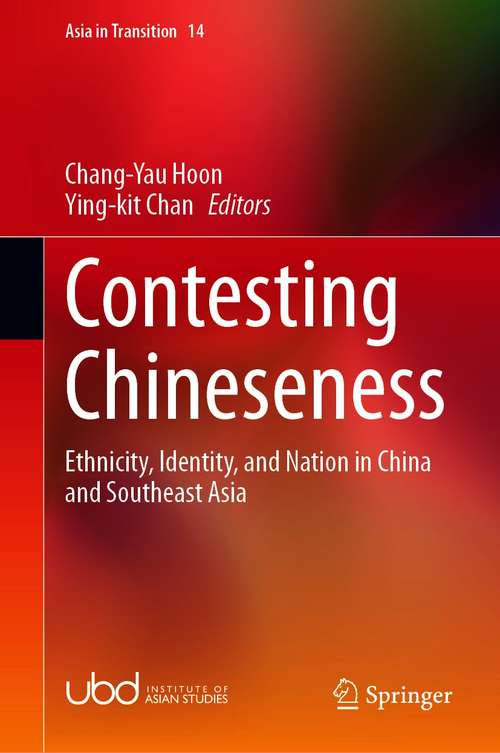 Combining a historical approach of Chineseness and a contemporary perspective on the social construction of Chineseness, this book provides comparative insights to understand the contingent complexities of ethnic and social formations in both China and among the Chinese diaspora in Southeast Asia. This book focuses on the experiences and practices of these people, who as mobile agents are free to embrace or reject being defined as Chinese by moving across borders and reinterpreting their own histories. By historicizing the notion of Chineseness at local, regional, and global levels, the book examines intersections of authenticity, authority, culture, identity, media, power, and international relations that support or undermine different instances of Chineseness and its representations. It seeks to rescue the present from the past by presenting case studies of contingent encounters that produce the ideas, practices, and identities that become the categories nations need to justify their existence. The dynamic, fluid representations of Chineseness illustrate that it has never been an undifferentiated whole in both space and time. Through physical movements and inherited knowledge, agents of Chineseness have deployed various interpretive strategies to define and represent themselves vis-à-vis the local, regional, and global in their respective temporal experiences. This book will be relevant to students and scholars in Chinese studies and Asian studies more broadly, with a focus on identity politics, migration, popular culture, and international relations.“The Chinese overseas often saw themselves as caught between a rock and a hard place. The collection of essays here highlights the variety of experiences in Southeast Asia and China that suggest that the rock can become a huge boulder with sharp edges and the hard places can have deadly spikes. A must read for those who wonder whether Chineseness has ever been what it seems.” Wang Gungwu, University Professor, National University of Singapore.

“By including reflections on constructions of Chineseness in both China itself and in various Southeast Asian sites, the book shows that being Chinese is by no means necessarily intertwined with China as a geopolitical concept, while at the same time highlighting the incongruities and tensions in the escapable relationship with China that diasporic Chinese subjects variously embody, expressed in a wide range of social phenomena such as language use, popular culture, architecture and family relations. The book is a very welcome addition to the necessary ongoing conversation on Chineseness in the 21st century.” Ien Ang, Distinguished Professor of Cultural Studies, Western Sydney University.