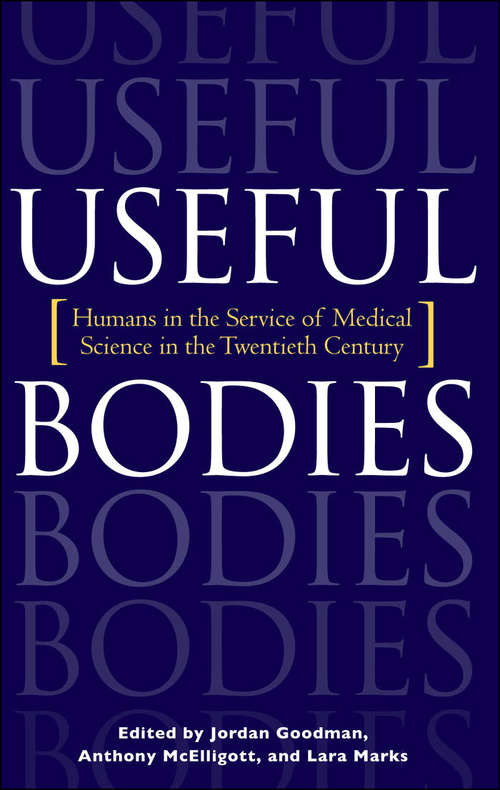 A collection of essays that offers “a significant contribution to our understanding of the role of the state in human subjects research” (Journal of the History of Biology).Though notoriously associated with Germany, human experimentation in the name of science has been practiced in other countries, as well, both before and after the Nazi era. The use of unwitting or unwilling subjects in experiments designed to test the effects of radiation and disease on the human body emerged at the turn of the twentieth century, when the rise of the modern, coercive state and the professionalization of medical science converged. Useful Bodies explores the intersection of government power and medical knowledge in revealing studies of human experimentation—germ warfare and jaundice tests in Great Britain; radiation, malaria, and hepatitis experiments in the U.S.; and nuclear fallout trials in Australia. These examples of medical abuse illustrate the extent to which living human bodies have been “useful” to democratic states and emphasize the need for intense scrutiny and regulation to prevent future violations.Contributors: Brian Balmer, University College London; Miriam Boleyn-Fitzgerald, University of Wisconsin; Rodney A. Hayward, University of Michigan; Joel D. Howell, University of Michigan; Margaret Humphreys, Duke University; David S. Jones, Massachusetts General Hospital; Robert L. Martensen, Tulane University School of Medicine; Glenn Mitchell, University of Wollongong; Jenny Stanton, London School of Hygiene and Tropical Medicine; Gilbert Whittemore, independent scholar/attorney, Boston“Each chapter is a startling case study that examines the nature and degree of the state’s involvement in human experimentation.” —Issues in Law and Medicine“Well written and meticulously researched.” —Journal of the History of Medicine and Allied Sciences