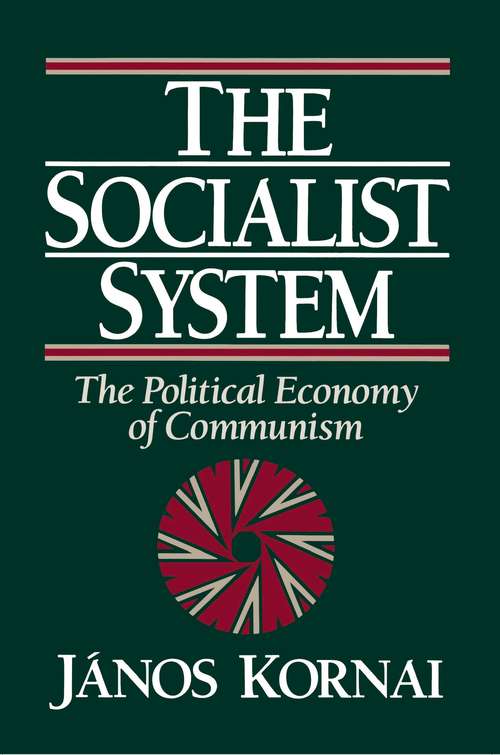 To understand the dramatic collapse of the socialist order and the current turmoil in the formerly communist world, this comprehensive work examines the most important common properties of all socialist societies. JNBnos Kornai brings a life-long study of the problems of the socialist system to his explanation of why inherent attributes of socialism inevitably produced in-efficiency. In his past work he has focused on the economic sphere, maintaining consistently that the weak economic performance of socialist countries resulted from the system itself, not from the personalities of top leaders or mistakes made by leading organizations and planners. This book synthesizes themes from his earlier investigations, while broadening the discussion to include the role of the political power structure and of communist ideology. Kornai distinguishes between two types, or historical phases, of socialism. The "classical socialism" of Stalin, Mao, and their followers is totalitarian and brutally repressive, but its components fit together and make up a coherent edifice. Associated with names like Tito, KNBdar, Deng-Xiaoping, and Gorbachev, "reform socialism" relaxes repression, but brings about a sharpening of inner contradictions and the eventual dissolution of the system. Kornai examines the classical system in the first half of the book, and moves on to explore the complex process of reform in the second half. The Socialist System is addressed to economists in the first place, but also to political scientists, sociologists, and historians. In addition, it will appeal to policymakers, business analysts, and government officials who need to understand either formerly or presently communist countries.