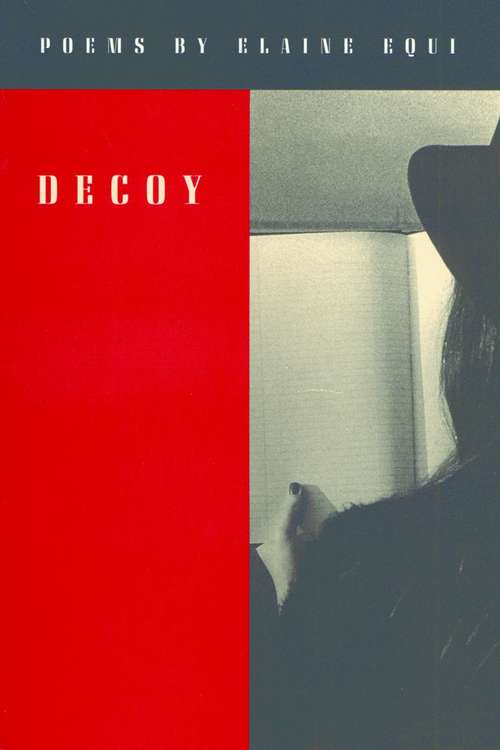 "In Elaine Equi's brilliant Decoy, each poem is a 'neatly folded labyrinth.' Here everything is artifice--like the labyrinth, a deadly little joke, one we're 'in on' until, suddenly, we're not so sure. The poems in this book are both spooky and spoofy. Eventually we realize that, despite its campy, B-movie trappings, the monster (our world) is real. We realize this gradually because of Equi's light touch. Like Muhammed Ali, she floats while stinging." --Rae Armantrout

"Decoy moves upon you gradually with postludes of gentleness . . . then agile maneuvers that seize us unaware. The flawless title poem, 'Decoy,' twists as if on a perilous frame, and it is. We acknowledge the dependency of poetry on the poet's sensibility. Here at each turn of her stanzas, askew or bluntly set . . . the poem feasts on dependency. 'o empiricism / o anatomy.' O poet." --Barbara Guest