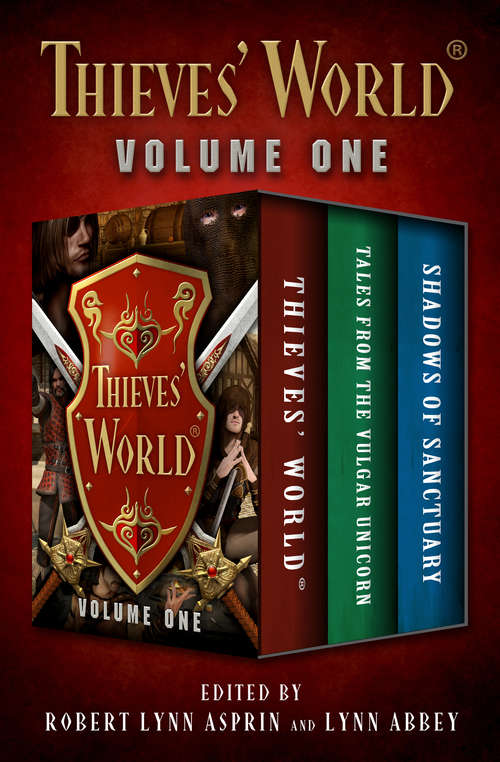 Experience &“a bold and daring experiment in fantasy storytelling&” with the first three books in the bestselling Thieves&’ World® series (Fantasy-Faction).   Created by the New York Times–bestselling author of the Myth series, as well as the Phule&’s Company series, Thieves&’ World® brings together classic fantasy&’s finest authors to flesh out the shared world with their own unforgettable characters and epic worldbuilding.   The first three books include stories by Lynn Abbey, Poul Anderson, Robert Lynn Asprin, Marion Zimmer Bradley, C. J. Cherryh, David Drake, Philip José Farmer, Joe Haldeman, Janet Morris, Andrew J. Offutt, and others. They introduce you to the nefarious citizens of the city of Sanctuary, including One-Thumb, the proprietor of the Vulgar Unicorn tavern; Regli, a nobleman; Illyra, the seer; Hanes, the thief; Jubal, the crime lord; and Tempus Thales, the immortal mercenary. &“Game of Thrones has come to an end. . . . [Here&’s] a fantasy series to fill the void. . . . You&’ll be pulled into political intrigues, watch new gods replace old, and witness fortunes rise and fall and rise again.&” — Book Riot &“Sanctuary was the city where anything could happen, where characters created by some of the best fantasy writers of the generation crossed paths and shared adventures.&” —Black Gate