Deep-Sea Pycnogonids and Crustaceans of the Americas 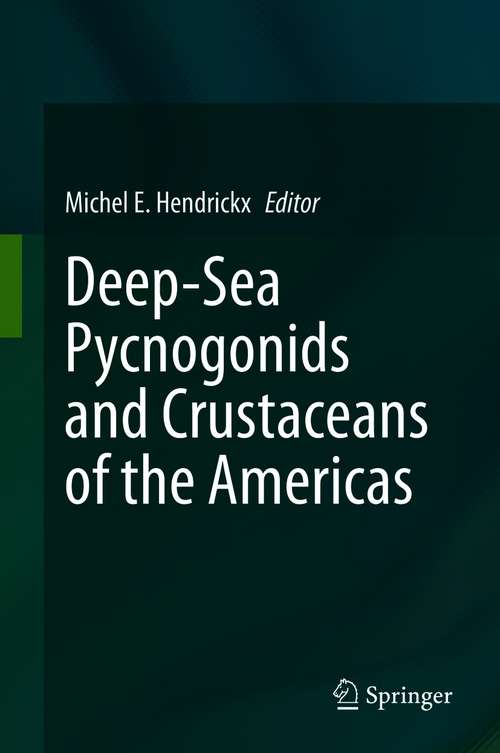 Among the deep-sea marine invertebrates, pycnogonids and crustaceans represent ecologically important and most diverse groups of species. Yet both are still poorly understood. Sampling and exploring operations off the west and east coast of the Americas has significantly increased in the last two decades. However such operations are very costly and limited in number and frequency. In countries like Brazil, Canada, Chile, Colombia, Costa Rica, Mexico, Peru, the United States of America, and El Salvador a large effort has been made to explore the deep-sea resources and the rich diversity of the communities, resulting in a better understanding of the natural ecosystems on both coasts of America. Pycnogonids and many groups of deep-sea crustaceans have been intensively studied, from the smallest animals, like the mostly unknown benthic copepods to the largest decapods.This book presents new and updated information on various groups of deep-sea pycnogonids and crustaceans occurring off the American continent. Offering a valuable reference resource for scientists interested in this fascinating fauna, it includes review papers and new data on the deep-sea communities occurring off the USA, Mexico, El Salvador, Costa Rica, Colombia, Chile, Peru, Brazil and Argentina, as well as in larger areas in both the East Pacific and the West Atlantic. As such it covers most of the current deep-water research in Latin America.