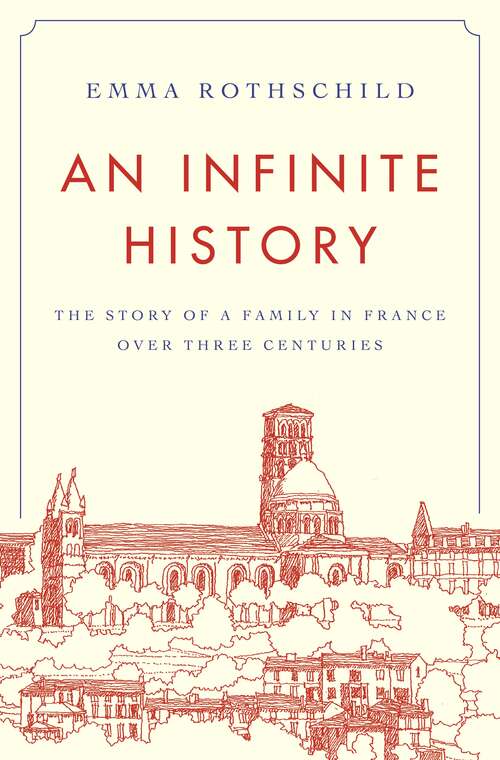 An innovative history of deep social and economic changes in France, told through the story of a single extended family across five generationsMarie Aymard was an illiterate widow who lived in the provincial town of Angoulême in southwestern France, a place where seemingly nothing ever happened. Yet, in 1764, she made her fleeting mark on the historical record through two documents: a power of attorney in connection with the property of her late husband, a carpenter on the island of Grenada, and a prenuptial contract for her daughter, signed by eighty-three people in Angoulême. Who was Marie Aymard? Who were all these people? And why were they together on a dark afternoon in December 1764? Beginning with these questions, An Infinite History offers a panoramic look at an extended family over five generations. Through ninety-eight connected stories about inquisitive, sociable individuals, ending with Marie Aymard’s great-great granddaughter in 1906, Emma Rothschild unfurls an innovative modern history of social and family networks, emigration, immobility, the French Revolution, and the transformation of nineteenth-century economic life.Rothschild spins a vast narrative resembling a period novel, one that looks at a large, obscure family, of whom almost no private letters survive, whose members traveled to Syria, Mexico, and Tahiti, and whose destinies were profoundly unequal, from a seamstress living in poverty in Paris to her third cousin, the cardinal of Algiers. Rothschild not only draws on discoveries in local archives but also uses new technologies, including the visualization of social networks, large-scale searches, and groundbreaking methods of genealogical research.An Infinite History demonstrates how the ordinary lives of one family over three centuries can constitute a remarkable record of deep social and economic changes.