I Am One of You Forever 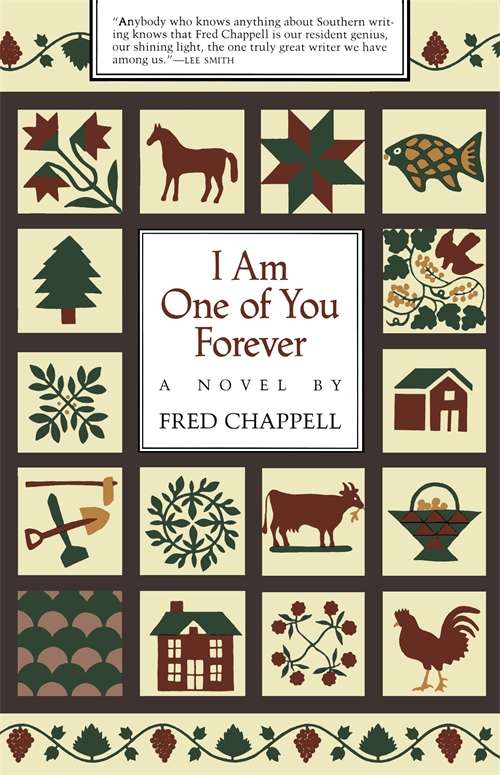 Wonderfully funny and also deeply touching, I Am One of You Forever is the story of a young boy's coming of age. Set in the hills and hollows of western North Carolina in the years around World War II, it tells of ten-year-old Jess and his family -- father, mother, grandmother, foster brother, and an odd assortment of other relatives -- who usher Jess into the adult world, with all its attendant joys and sorrows, knowledge and mystery.Jess's father is feisty, restless, and fun-loving. His mother is straitlaced and serious but accepts with grace and good humor the antics of the men of the family, a trait she learned from her own mother. Johnson Gibbs is the orphaned teenager who comes to live with them on their mountain farm. Life on the laurel-covered mountain is isolated and at times difficult, but for Jess it is made rich and remarkable through his relationship with his father and, especially, Johnson Gibbs.Visiting the farm from time to time is a gallery of eccentric relatives who are surely among the most memorable creations in recent fiction. Uncle Luden is a womanizer who left the mountains years ago for a job in California that "paid actual cash money." Uncle Gurton has a spooky way of appearing and disappearing without ever seeming to enter or exit, but it is his flowing beard, which he has apparently never trimmed and which he keeps tucked inside his overalls, that is of most fascination to Jess.Uncle Zeno is a storyteller. With the words "That puts me in mind of..." everyone around knows that he is about to launch into another of his endless tales. Uncle Runkin, who always brings his handmade coffin to sleep in whenever he visits, spends his time carving intricate designs into the coffin and trying to find just the right epitaph for his tombstone. Aunt Samantha Barefoot stops by for a brief spell, too. A country singer and cousin to Jess's grandmother, she is a woman of uncensored speech (Jess learns a lot from her) and honest emotions. Chappell tells the story of all of these characters in a series of chapters that range from fantasy and near farce to pathos. As notable for its lyrical descriptions of the rural settings as for its finely honed vernacular dialogue, I Am One of You Forever shows us a world full of wit and wisdom and the sadness at the heart of things. As one would expect from a poet like Fred Chappell, every line offers its own pleasures and satisfactions.