Progress in the Chemistry of Organic Natural Products 112 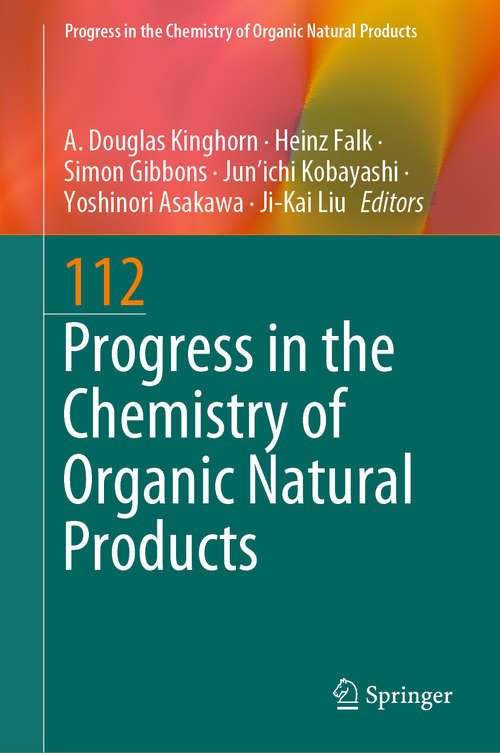 The first chapter describes the oldest method of communication between living systems in Nature, the chemical language. Plants, due to their lack of mobility, have developed the most sophisticated way of chemical communication. Despite that many examples involve this chemical communication process - allelopathy, there is still a lack of information about specific allelochemicals released into the environment, their purpose, as well as in-depth studies on the chemistry underground. These findings are critical to gain a better understanding of the role of these compounds and open up a wide range of possibilities and applications, especially in agriculture and phytomedicine. The most relevant aspects regarding the chemical language of plants, namely, kind of allelochemicals have been investigated, as well as their releasing mechanisms and their purpose, are described in this chapter.

The second chapter is focused on the natural products obtained from Hypericum L., a genus of the family Hypericaceae within the dicotyledones. Hypericum has been valued for its important biological and chemical properties and its use in the treatment of depression and as an antibacterial has been well documented in primary literature and ethnobotanical reports. The present contribution gives a comprehensive summary of the chemical constituents and biological effects of this genus. A comprehensive account of the chemical constituents including phloroglucinol derivatives, xanthones, dianthrones, and flavonoids is included. These compounds show a diverse range of biological activities that include antimicrobial, cytotoxic, antidepressant-like, and antinociceptive effects.