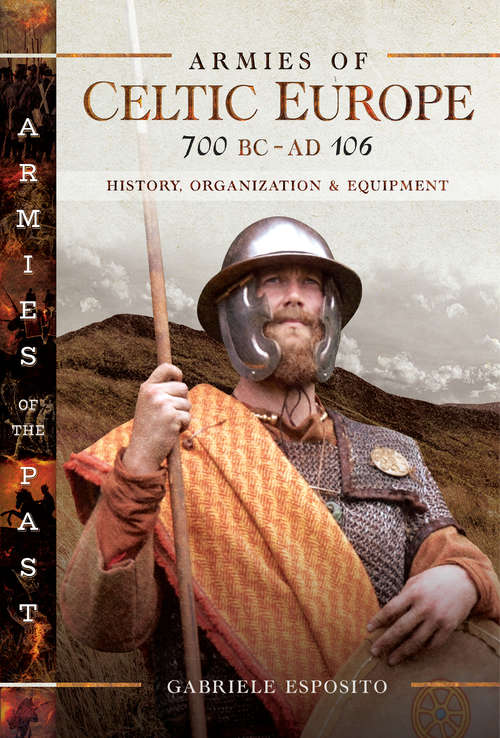 A look at the military might of these ancient warriors who sacked Rome and conquered much of Europe.   Although comprised of many distinct tribes and groupings, the Celts shared a distinctive culture that dominated much of Europe for centuries, and enjoyed a formidable reputation as fierce and brave warriors, skilled horsemen, and fine metalworkers. In 390 BC, an alliance of Celtic tribes defeated a Roman army at the River Allia and went on to sack Rome and thenceforth the Romans lived under their threat. In the early third century BC, a Celtic army swept into Macedonia and Greece, won a major victory at Thermopylai, and ransacked the sacred sanctuary at Delphi.   Such was their warlike prowess that, when not fighting their own wars, they were sought after as mercenaries by many armies, serving as far afield as southern Egypt. When the Romans invaded Gaul—modern-day France and Belgium—and the British Isles, Celtic armies resisted them fiercely. In this book, Gabriele Esposito studies this fascinating warrior culture, their armies, strategy, tactics, and equipment—they invented the horned saddle and chainmail, and British armies were the last in Europe to use chariots on the battlefield. Also included are dozens of color photographs of reenactors to help bring these magnificent warriors back to life.