The Prospects for North Korea Survival 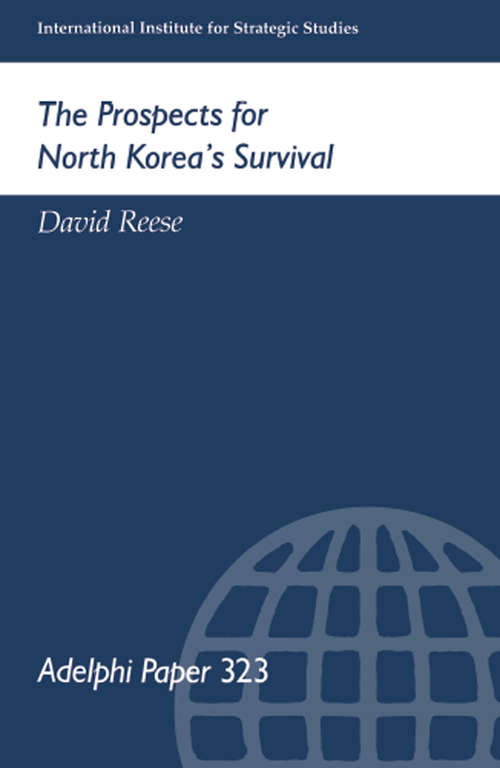 North Korea’s economic and security policies imperil both itself and its neighbours. The economy has been contracting for almost a decade, and the regime appears unwilling or unable to arrest the decline. Instead, Pyongyang has resorted to begging for international aid. This approach alone cannot work: fundamental reform is needed; without it, the regime cannot survive. In the meantime, the North’s problems will be destabilising for the region. Pyongyang has secured short-term international humanitarian assistance, but in the long term the South is its best hope for investment and economic help. Despite Pyongyang’s defensive approach to the South, limited commercial arrangements are in place, and may moderate the North’s policies and help to ease the unpredictable consequences of Pyongyang’s collapse. Pyongyang has tried to improve relations with the US in a bid to ease economic sanctions and attract investment. However, the nuclear deal reached with the US in October 1994 – under which the North agreed to give up its ambiguous nuclear programme – is in difficulties. In this paper, David Reese argues that, despite these problems, the North’s neighbours must persevere with engagement policies. At the same time, South Korea and the US must maintain their security posture on the Peninsula.South Korean President Kim Dae Jung’s attempts to establish commercial links with the North need time and patience, and should not be derailed by relatively minor incidents. Both Seoul and Washington must ensure that they coordinate their policies to prevent the North from playing one off against the other. Selectively easing sanctions on a case-by-case basis could allow the North to earn desperately needed hard currency. Although it is difficult for Washington and Seoul to maintain political support for engagement, both should make further efforts to draw the North into making significant policy changes. The US and South Korea should ensure that they involve the interested regional parties in efforts to draw the North into the international community. China has a key role to play in developments on the Peninsula. Both Seoul and Washington should therefore ensure that they work closely with Beijing. While historical sensitivities make it difficult for Japan to play a leading role, Tokyo would be central to the North’s economic recovery, and must not be marginalised. Russia also has a contribution to make to the broader security guarantees which could develop from accommodation between North and South. Ultimately, the course of events on the Peninsula will depend primarily on the North. Pyongyang shows little sign of being prepared to engage constructively with the US and South Korea. As its economy deteriorates, its options will narrow further. Until domestic forces in North Korea shift, the US and its allies should expect a protracted phase of desultory and sometimes destabilising diplomatic manoeuvres by Pyongyang.