Once Upon a Prince 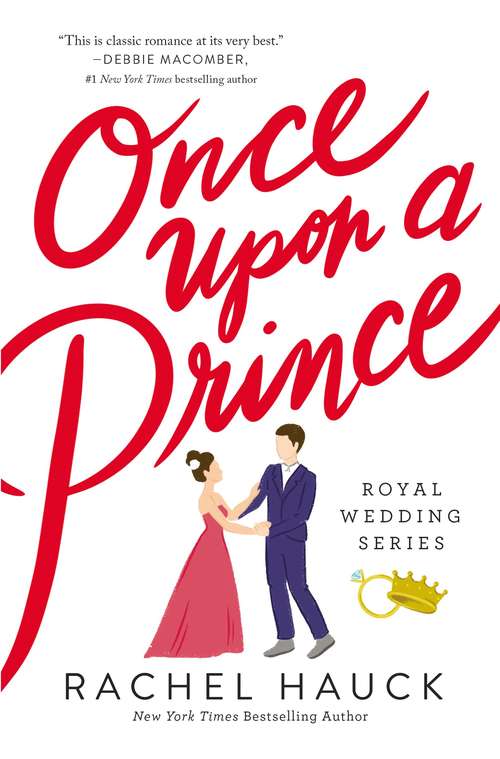 Once Upon a Prince, the first novel in the Royal Wedding series by best-selling author Rachel Hauck, treats you to a modern-day fairy tale.

Susanna Truitt never dreamed of a great romance or being treated like a princess—just to marry the man she has loved for twelve years. But life isn’t going according to plan. When her high-school-sweetheart-turned-Marine-officer breaks up instead of proposing, Susanna scrambles to rebuild her life.

The last thing Prince Nathaniel expects to find on his American holiday to St. Simons Island is the queen of his heart. A prince has duties, and his family’s tense political situation has chosen his bride for him. When Prince Nathaniel comes to Susanna’s aid under the fabled Lover’s Oak, he is blindsided by love.

Their lives are worlds apart. He’s a royal prince. She’s an ordinary girl. But everything changes when Susanna receives an invitation to Nathaniel’s coronation.

It’s the ultimate choice: His kingdom or her heart? God’s will or their own?

“This is classic romance at its very best.” —DEBBIE MACOMBER

“[A] surprisingly believable royal-meets-commoner love story. With only a subtle nod to Cinderella, this modern and engaging tale follows the budding relationship of an American Southern girl and a pseudo-Brit prince . . . Hauck fans will find a gem of a tale.” —Publishers Weekly STARRED REVIEW for Once Upon a Prince