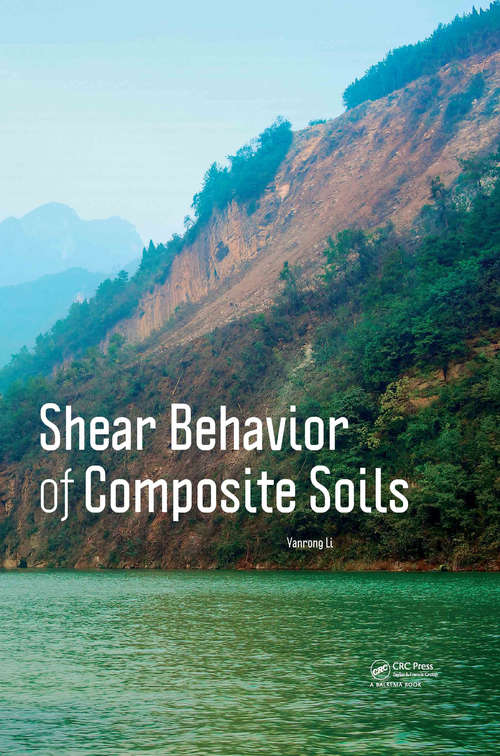 This book has the purpose of developing an understanding of the factors determining and influencing the shear behavior of soils, with emphasis on composite soils, as they are the most encountered materials in geological and geotechnical engineering in mountainous areas. This objective is reached by examining the soil compressibility, structure of shear zone and its evolution, and water content of shear zone and shear mode of soils together with analyses of the influences of intrinsic properties, e.g. Atterberg limits, particle size distribution, particle shape, and testing conditions, e.g. normal stress and shearing rate.

An in-depth review is presented in an approximately chronological order and covers almost all the factors that are believed to influence the mechanical behavior of soils. The equipment and test techniques for shear strength of soils are detailed. The residual shear behavior of composite soil is investigated by means of a systematic laboratory testing program using a large ring shear apparatus and an intermediate direct shear box. The Fast Fourier Transform is employed for the first time to analyze the fluctuations of measured shearstress and discovers the close relationships with both intrinsic properties of soils and testing conditions.

Although the book is aimed primarily at researchers in geological and geotechnical engineering, it contains material of interest to students of geology and soil science and also should be a useful reference for practicing engineers faced with composite soils.