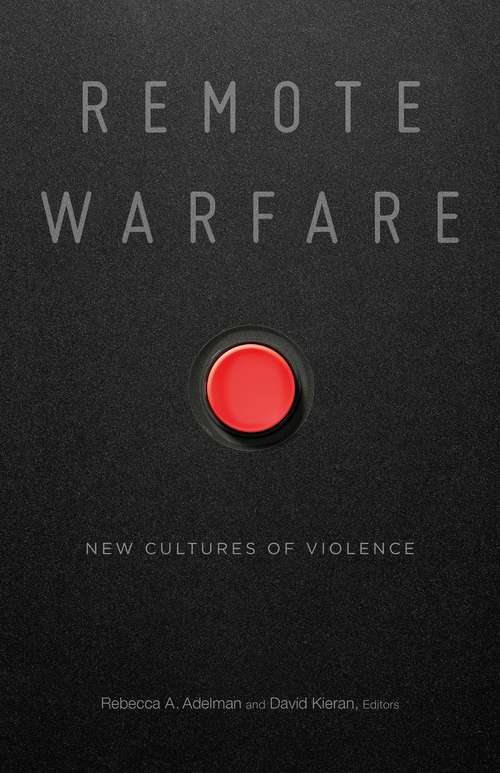 By: David Kieran • Rebecca A. Adelman
Login
Sign Up

Considers how people have confronted, challenged, and resisted remote warfare Drone warfare is now a routine, if not predominant, aspect of military engagement. Although this method of delivering violence at a distance has been a part of military arsenals for two decades, scholarly debate on remote warfare writ large has remained stuck in tired debates about practicality, efficacy, and ethics. Remote Warfare broadens the conversation, interrogating the cultural and political dimensions of distant warfare and examining how various stakeholders have responded to the reality of state-sponsored remote violence.The essays here represent a panoply of viewpoints, revealing overlooked histories of remoteness, novel methodologies, and new intellectual challenges. From the story arc of Homeland to redefining the idea of a &“warrior,&” these thirteen pieces consider the new nature of surveillance, similarities between killing with drones and gaming, literature written by veterans, and much more. Timely and provocative, Remote Warfare makes significant and lasting contributions to our understanding of drones and the cultural forces that shape and sustain them.Contributors: Syed Irfan Ashraf, U of Peshawar, Pakistan; Jens Borrebye Bjering, U of Southern Denmark; Annika Brunck, U of Tübingen; David A. Buchanan, U.S. Air Force Academy; Owen Coggins, Open U; Andreas Immanuel Graae, U of Southern Denmark; Brittany Hirth, Dickinson State U; Tim Jelfs, U of Groningen; Ann-Katrine S. Nielsen, Aarhus U; Nike Nivar Ortiz, U of Southern California; Michael Richardson, U of New South Wales; Kristin Shamas, U of Oklahoma; Sajdeep Soomal; Michael Zeitlin, U of British Columbia.