A Growl, a Roar, and a Purr 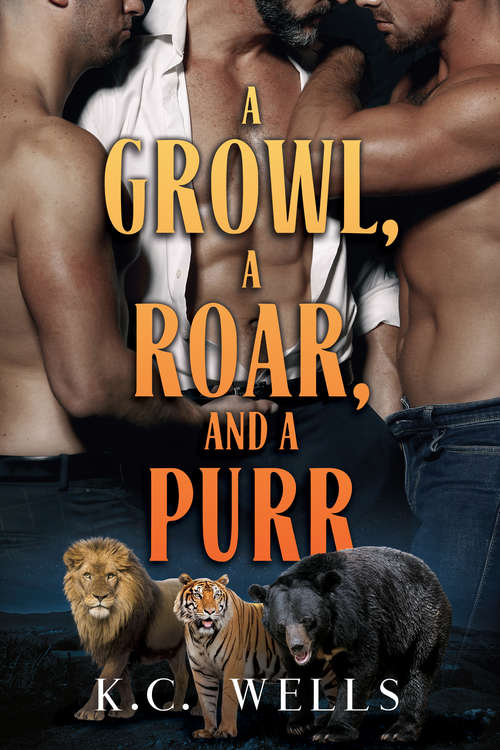 In the shifter world, mates are a myth too. So how can tiger shifter Dellan Carson have two of them?

Dellan has been trapped in his shifted form for so long, he’s almost forgotten how it feels to walk on two legs. Then photojournalist Rael Parton comes to interview the big-pharma CEO who holds Dellan captive in a glass-fronted cage in his office, and Dellan’s world is rocked to its core.

When lion shifter Rael finds his newfound mate locked in shifted form, he’s shocked but determined to free him from his prison… and that means he needs help.

Rescuing Dellan and helping him to regain his humanity is only the start. The three lovers have dark secrets to uncover and even darker forces to overcome….