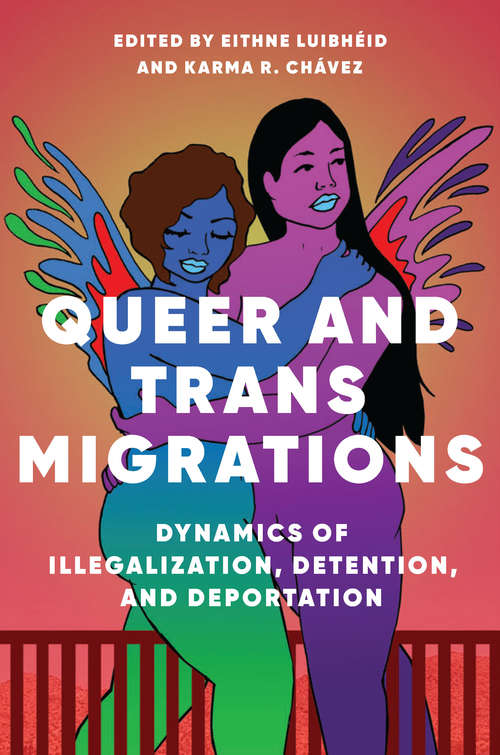 More than a quarter of a million LGBTQ-identified migrants in the United States lack documentation and constantly risk detention and deportation. LGBTQ migrants around the world endure similarly precarious situations. Eithne Luibhéid's and Karma R. Chávez’s edited collection provides a first-of-its-kind look at LGBTQ migrants and communities. The academics, activists, and artists in the volume center illegalization, detention, and deportation in national and transnational contexts, and examine how migrants and allies negotiate, resist, refuse, and critique these processes. The works contribute to the fields of gender and sexuality studies, critical race and ethnic studies, borders and migration studies, and decolonial studies.

Bridging voices and works from inside and outside of the academy, and international in scope, Queer and Trans Migrations illuminates new perspectives in the field of queer and trans migration studies.