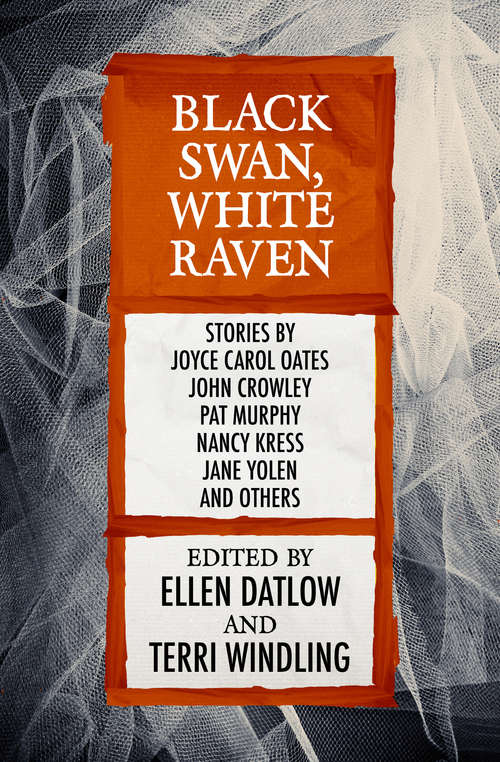 Unforgettable stories of witches and wishes, Sleeping Beauties and Snow Whites, ingeniously twisted into darker, more grown-up shapes by fantasy fiction's most talented practitionersOnce again, World Fantasy Award-winning editors Ellen Datlow and Terri Windling prove that fairy tales don't have to be for little children and that happily ever after doesn't necessarily mean forever. Black Swan, White Raven is Datlow and Windling's fourth collection of once-familiar and much-beloved bedtime stories reimagined by some of the finest fantasists currently plying their literary trade--acclaimed writers like Jane Yolen, John Crowley, Michael Cadnum, and Joyce Carol Oates, who give new lives and new meanings to the plights of Sleeping Beauty, Snow White, Rapunzel, and more.Hansel and Gretel make several appearances here, not the least being at their trial for the murder of a supposedly helpless old woman. The shocking real reason for Snow White's desperate flight from her home is revealed in "The True Story," and the steadfast tin soldier, made flesh and blood, pays a terrible price for his love and devotion.The twenty-one stories and poems in this collection run the gamut from triumphant to troubling to utterly outrageous, like Don Webb's brilliant merging of numerous tales into one wild, hallucinogenic trip in his "Three Dwarves and 2000 Maniacs." All in all, the reimagined fairy tales and fables in Datlow and Windling's literary offering mine the fantastical yarns we loved as children for new and darker gold.