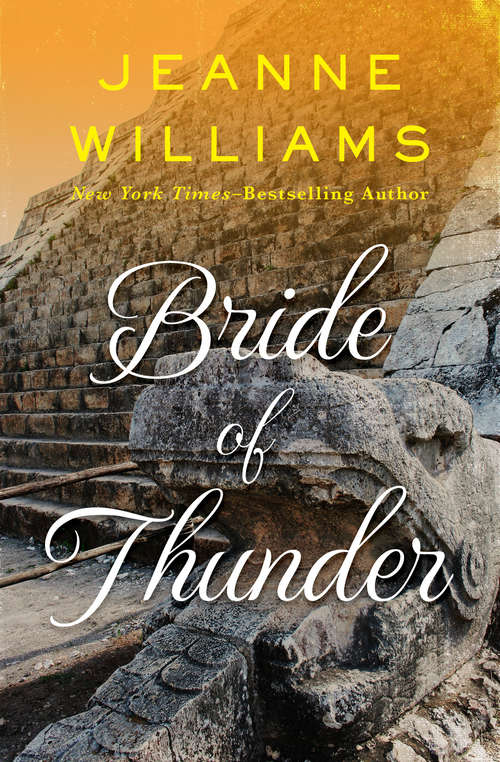 Betrayed by her husband, a beautiful Texas bride discovers the true meaning of faith, courage, and love in a Yucatán torn apart by warring factions. Mercy Cameron carries on her father's medical practice as best as she can after he leaves to fight in the Civil War. She nurses her second cousin, Philip, back to health, and the two quickly fall in love and marry. When Philip returns after the hostilities are over, he refuses to live under Reconstruction and insists the couple relocate to Mexico, where Emperor Maximilian has promised free land to settlers. By the time Mercy and Philip complete the journey, however, the Austrian monarch's last hope is to make a stand in the Yucatán. Disappointed and drinking heavily, Philip bets his wife in a game of cards, losing Mercy to Zane Falconer, owner of a distant hacienda, who needs a woman to educate his motherless daughter. Reluctantly agreeing to teach Julie Falconer until she turns eighteen--ten years--in exchange for enough money to return to Texas with a sizable bonus, Mercy sets out with the enigmatic and ruggedly handsome Zane on a three-day journey deep into the Yucatán. At the hacienda, Mercy fights to win the respect of the sharp-tongued Julie and dares to dream that Zane's ironic courtesy may one day turn into deeper feelings. But when Zane leaves the hacienda to help fight off invaders, Mercy first falls into the clutches of a gunrunning Englishman and is then captured by the Cruzob, Mayans who've been fighting a long war with the ruling mixed bloods and federal troops. From the brave and attractive Dionisio, Mercy learns Mayan lore and comes to sympathize with their struggle for freedom, all the while praying that she might live to see Zane again. Rich in adventure and intrigue, Bride of Thunder is a spellbinding work of historical romance from a bestselling and award-winning author heralded by the Denver Post as "a master novelist."