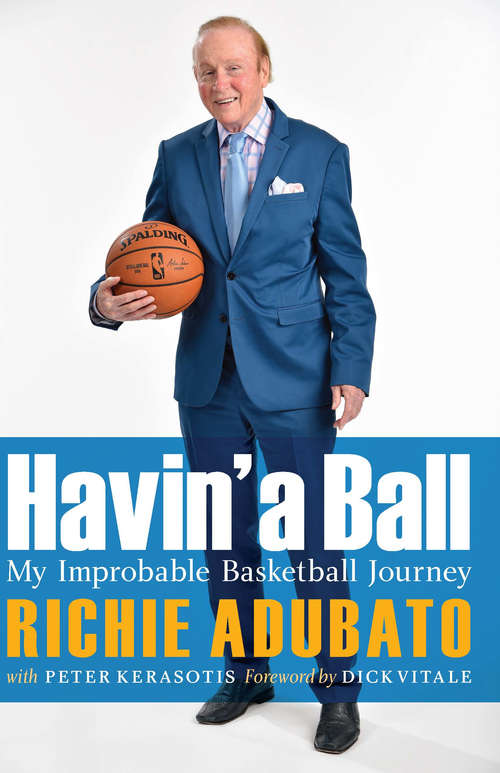 In Havin&’ a Ball one of basketball&’s most colorful characters and storytellers chronicles his life in the game, from high school coach in New Jersey to head coach in both the NBA and the WNBA. Richie Adubato isn&’t a Hall of Fame name, but he&’s one of basketball&’s most beloved coaches, with a lifetime of stories that are humorous and heartfelt, poignant and personal. Adubato&’s career has crossed paths with many of basketball&’s most memorable people and events. Starting in the 1960s, he was part of the Jersey Guys, a group of young junior high and high school coaches—including Hubie Brown, Dick Vitale, and Mike Fratello—who all later went on to coach in the NBA. He was hired as Vitale&’s assistant coach with the Pistons in 1979. Then, three years later, he was hired by Hubie Brown as the Knicks&’ assistant coach. He would stay in pro basketball for the next twenty-five years, with stints as head coach for the Dallas Mavericks and Orlando Magic and the WNBA&’s New York Liberty and Washington Mystics. In fact, he is the first coach to have led teams in both leagues to the playoffs. Adubato grew up as an Irish Italian Jersey kid with modest aspirations who went on to experience a fascinating ride in pro basketball. He tells readers how a young Magic team led by Shaquille O&’Neal came undone, about his years coaching the Mavericks at a time when the NBA was never more popular, what it was like to coach in the WNBA when the Liberty were outdrawing the Knicks in attendance, and what it was like to coach with, and against, other Hall of Famers.Havin&’ a Ball takes readers into locker rooms, planes, practices, games, and off court to the inner world of pro basketball with an insider&’s unique perspective.