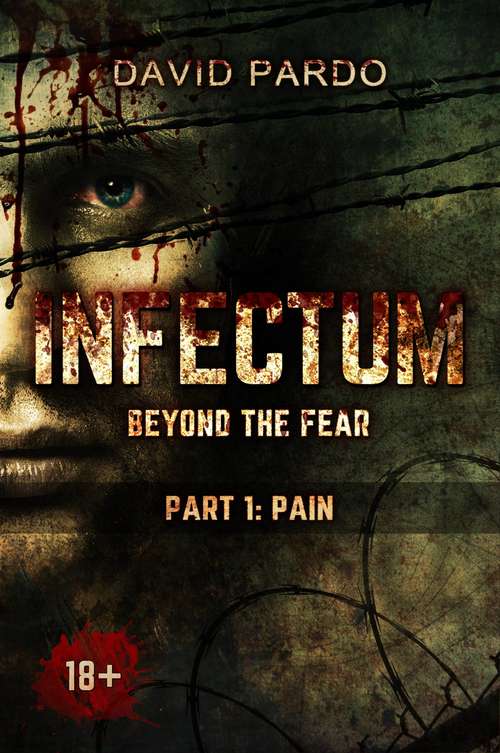 Infectum is the new novel by David Pardo, author of the bestselling novella Degeneration which has been translated into three languages. (English, Italian, and Portuguese)

Year 2020. Civilization is consuming itself.

Roger Mears is a young man from Capital City high society that sees his athletic career cut short due to an accident. Years later and tortured by his nightmares his suffers each night Roger has become an addict that hides in the cities ghetto.

After a heroin overdose almost ends his life Roger places himself in the hands of a prestigious doctor who assures Roger he can eradicate his addiction through an expensive innovative treatment. Starting from that moment Roger will begin a terrifying journey in which his fears will come to life and he will face his demons.

Infectum is an intense journey through insanity, a cruel and ruthless nightmare in which the author of Degeneration imprisons us in a horror that is presented in the form of oppressive corridors and bloodthirsty creatures of blood and death. Will you be able to overcome fear and escape the prison?

18+ Warning: This novel contains bloody and violent scenes that could be disturbing to some readers.

Review: It's a roller coaster ride straight into hell. The action grows until it reaches a crazy ending. Where the surprises, action, and gore don't let you stop reading. If you like Resident Evil, then this book is for you. I have enjoyed reading it.-Octavi Segarra-