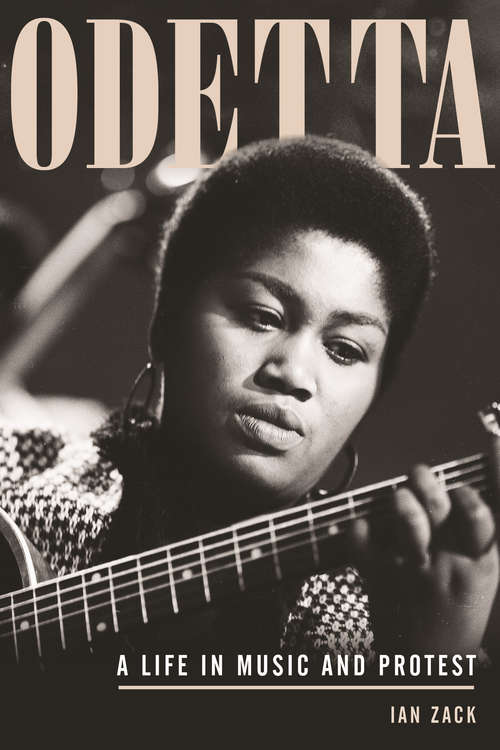 The first in-depth biography of the legendary singer and "Voice of the Civil Rights Movement," who combatted racism and prejudice through her music.Odetta channeled her anger and despair into some of the most powerful folk music the world has ever heard. Through her lyrics and iconic persona, Odetta made lasting political, social, and cultural change. A leader of the 1960s folk revival, Odetta is one of the most important singers of the last hundred years. Her music has influenced a huge number of artists over many decades, including Bob Dylan, Janis Joplin, the Kinks, Jewel, and, more recently, Rhiannon Giddens and Miley Cyrus. But Odetta's importance extends far beyond music. Journalist Ian Zack follows Odetta from her beginnings in deeply segregated Birmingham, Alabama, to stardom in San Francisco and New York. Odetta used her fame to bring attention to the civil rights movement, working alongside Joan Baez, Harry Belafonte, and other artists. Her opera-trained voice echoed at the 1963 March on Washington and the Selma to Montgomery march, and she arranged a tour throughout the deeply segregated South. Her "Freedom Trilogy" songs became rallying cries for protesters everywhere.Through interviews with Joan Baez, Harry Belafonte, Judy Collins, Carly Simon, and many others, Zack brings Odetta back into the spotlight, reminding the world of the folk music that powered the civil rights movement and continues to influence generations of musicians today.Listen to the author's top five Odetta hits while you read:1. Spiritual Trilogy (Oh Freedom/Come and Go with Me/I'm On My Way) 2. I've Been Driving on Bald Mountain/Water Boy 3. Take This Hammer 4. The Gallows Pole 5. Muleskinner BluesAccess the playlist here: https://spoti.fi/3c2HnF4