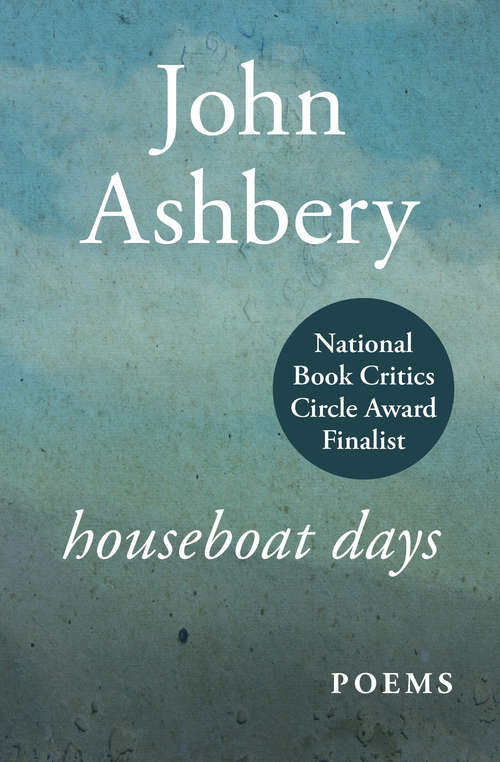 Is poetry the act of putting something together, or the art of taking something apart? Houseboat Days, one of John Ashbery's most celebrated collections, offers its own answerRemarkable for its introspection and for the response it elicited when it was first published in 1977, Houseboat Days is Ashbery's much-discussed follow-up to his 1975 masterpiece Self-Portrait in a Convex Mirror, and remains one of his most studied books to date. Houseboat Days begins with the moving, unforgettable poem "Street Musicians," an allegory of artistic and personal loss that came ten years after the death of Ashbery's friend and fellow New York poet Frank O'Hara. But while many of the poems in Houseboat Days are strikingly personal, especially when compared to Ashbery's work from the 1950s and 1960s, the collection is less about the poet than about the act of writing poetry. In such widely anthologized poems as "Wet Casements," "Syringa," "And Ut Pictura Poesis Is Her Name," and "What Is Poetry," Ashbery embraces the challenge of his own ars poetica, exploring and exploding the trusses, foundations, and underground caverns that underlie the creative act, and specifically, the act of creating a poem. Marjorie Perloff of the Washington Post Book World called Houseboat Days "the most exciting, most original book of poems to have appeared in the 1970s."