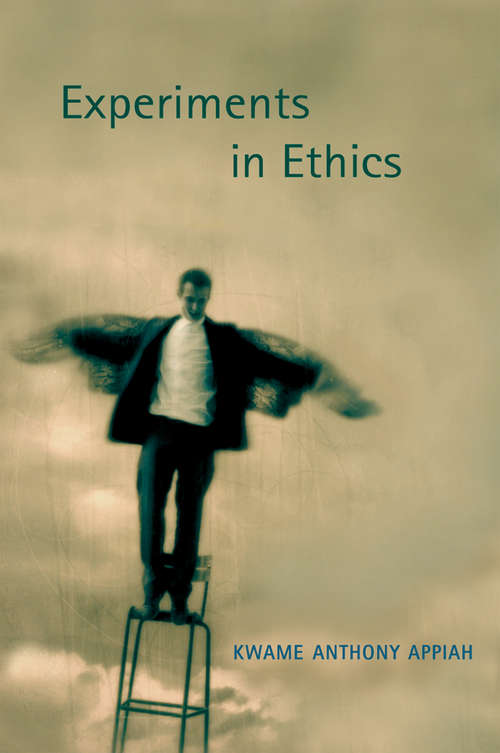 In the past few decades, scientists of human nature—including experimental and cognitive psychologists, neuroscientists, evolutionary theorists, and behavioral economists—have explored the way we arrive at moral judgments. They have called into question commonplaces about character and offered troubling explanations for various moral intuitions. Research like this may help explain what, in fact, we do and feel. But can it tell us what we ought to do or feel? In Experiments in Ethics, the philosopher Kwame Anthony Appiah explores how the new empirical moral psychology relates to the age-old project of philosophical ethics.

Some moral theorists hold that the realm of morality must be autonomous of the sciences; others maintain that science undermines the authority of moral reasons. Appiah elaborates a vision of naturalism that resists both temptations. He traces an intellectual genealogy of the burgeoning discipline of “experimental philosophy,” provides a balanced, lucid account of the work being done in this controversial and increasingly influential field, and offers a fresh way of thinking about ethics in the classical tradition.

Appiah urges that the relation between empirical research and morality, now so often antagonistic, should be seen in terms of dialogue, not contest. And he shows how experimental philosophy, far from being something new, is actually as old as philosophy itself. Beyond illuminating debates about the connection between psychology and ethics, intuition and theory, his book helps us to rethink the very nature of the philosophical enterprise.