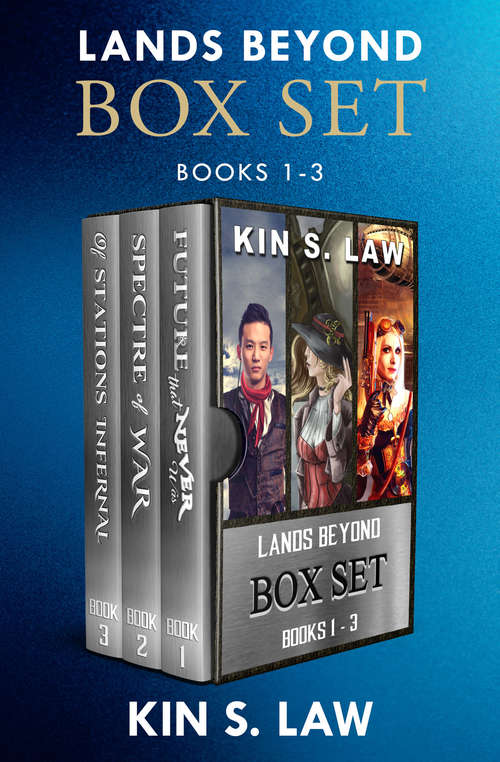 In one ebook volume, the first three novels in the high-flying steampunk adventure series: Future That Never Was, Spectre of War, and Of Stations Infernal.   Join Albion and Vanessa as they encounter air pirates, clockwork giants, and ghost trains!  Future That Never Was (Book 1)   Pillage and plunder are what air pirates do, but for Albion Clemens, that will have to wait. The Manchu Marauder needs to find his American stepfather, Captain Samuel, lost to the wayward winds of a Steam Age Europe . . .  Spectre of War (Book 2)   In the wake of a calamity that engulfed all of Europe, Inspector Vanessa Hargreaves of Scotland Yard is given the dubious task of policing steamcraft crime. Along with flamboyant detective Arturo C. Adler, she stumbles upon a conspiracy to use a horrific plague in an effort to prevent war.  Of Stations Infernal (Book 3)   Inspector Vanessa Hargreaves continues to carry a deadly plague away from villains unknown, but the new world seems to be attempting to thwart her at every turn. Titanic forces are mustering in the American heartland, from ghost trains to air pirates, challenging her convictions and her very service to her Queen.  Series praise   &“The atmosphere was entrancing, the airships were captivating, the action was spot on.&”—M. W. Griffith, author of The Runaway Train   &“As befits steampunk, Law fills the pages with exciting gear action and fashion.&”—Publishers Weekly   &“A different take on the steampunk genre.&”—InD&’tale Magazine