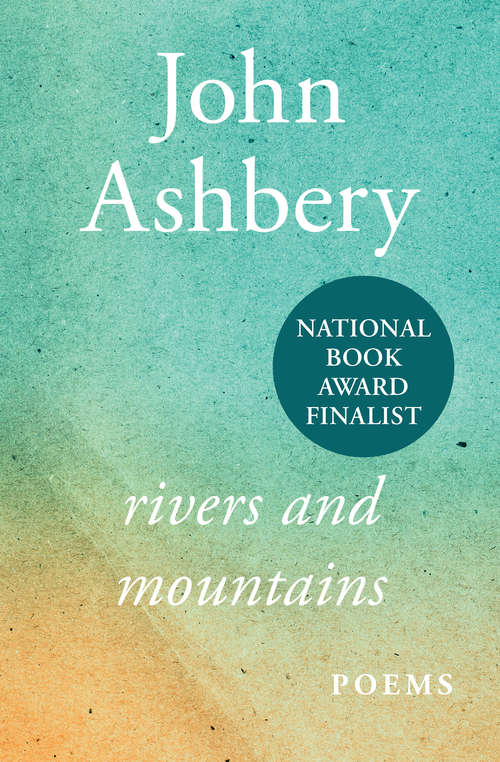 From one of our most important modern poets comes an essential early collection, including the famous long poems "The Skaters" and "Clepsydra"When Rivers and Mountains was published in 1966, American poetry was in a state of radical redefinition, with John Ashbery recognized as one of the leading voices in the New York School of poets. Ashbery himself had just returned to America from ten years abroad working as an art critic in France, and Rivers and Mountains, his third published collection of poems, is now considered by many critics to represent a pivotal transition point in his artistic career. The poet who would gain widespread acclaim with his multiple-award-winning Self-Portrait in a Convex Mirror (1975) is, in this collection, still very much engaged in the intimate, personal project of taking his poetry apart and putting it back together again, interrogating not just the act of writing but poetry itself--its purpose, its composition, its fundamental parts. Nominated for a National Book Award by a panel of judges that included W. H. Auden and James Dickey, Rivers and Mountains includes two of Ashbery's most studied and admired works. "Clepsydra," which takes its name from an ancient device for measuring the passage of time, echoes both the physical form and the philosophical weight of a water clock in its contemplation of the experience of time as it passes. "The Skaters," the long poem that closes the collection, was immediately praised as a masterpiece of modern American poetry, and is the work that perhaps most clearly introduces the voice for which Ashbery is now well known and loved: generous, restless, wide-ranging, and human.