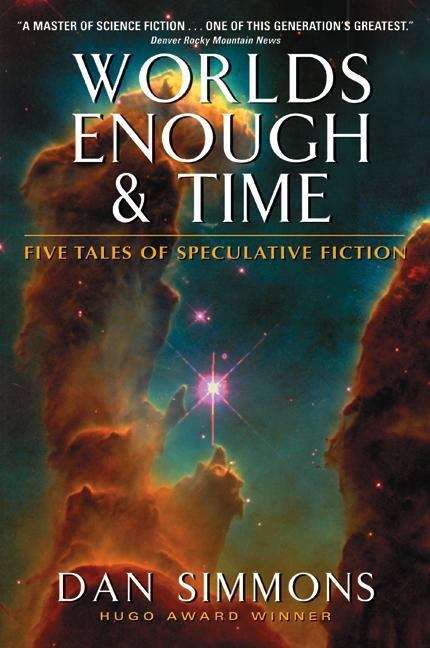 An extraordinary artist with few rivals in his chosen arena, Dan Simmons possesses a restless talent that continually presses boundaries while tantalizing the mind and touching the soul. Now he offers us a superb quintet of novellas -- five dazzling masterworks of speculative fiction, including "Orphans of the Helix," his award-winning return to the Hyperion Universe -- that demonstrates the unique mastery, breathtaking invention, and flawless craftsmanship of one of contemporary fiction's true greats.

Human colonists seeking something other than godhood encounter their long-lost "cousins"...and an ancient scourge.

A devastated man in suicide's embrace is caught up in a bizarre cat-and-mouse game with a young woman possessing a world-ending power.

The distant descendants of a once-oppressed people learn a chilling lesson about the persistence of the past.

A terrifying ascent up the frigid, snow-swept slopes of K2 shatters preconceptions and reveals the true natures of four climbers, one of whom is not human.

At the intersection of a grand past and a threadbare present, an aging American in Russia confronts his own mortality as he glimpses a wondrous future.