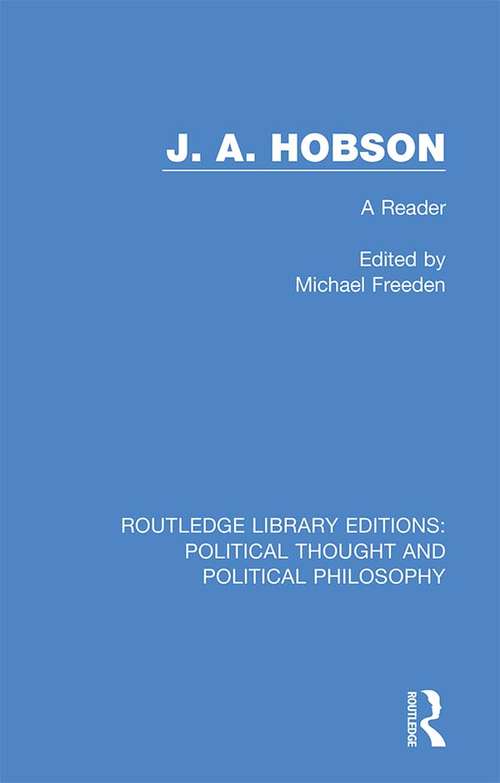 First published in 1988. This anthology from the major writings of J. A. Hobson helps to establish his reputation as one of the most influential social, economic and political theorists of late nineteenth and early twentieth century Britain. The wide range of his writings makes him essential reading for historians, economists, political theorists, students of imperialism and of international relations.

In a general introduction Michael Freeden analyses the key organizing concepts of Hobson’s work, identifying the main areas of impact and controversy, and he suggests a framework of interpretation that demonstrates Hobson’s innovatory radicalism. He emphasizes Hobson’s humanist, qualitative understanding of economics, his significant contributions to the transformation of liberal theory, his trenchant critique of imperialism and his ‘heretical‘ theory of underconsumption. Hobson is placed in the intellectual context of his times and shown to be an important member of groups that helped to formulate the ideology of the modem welfare state.

A wide selection of Hobson’s writings is made available for student and scholar alike. Grouped thematically, extracts include pieces from major works such as The Problem of the Unemployed, Imperialism: A Study, The Crisis of Liberalism and The Industrial System and span a period from 1896 to 1938.