Text and Intertext in Greek Epic and Drama 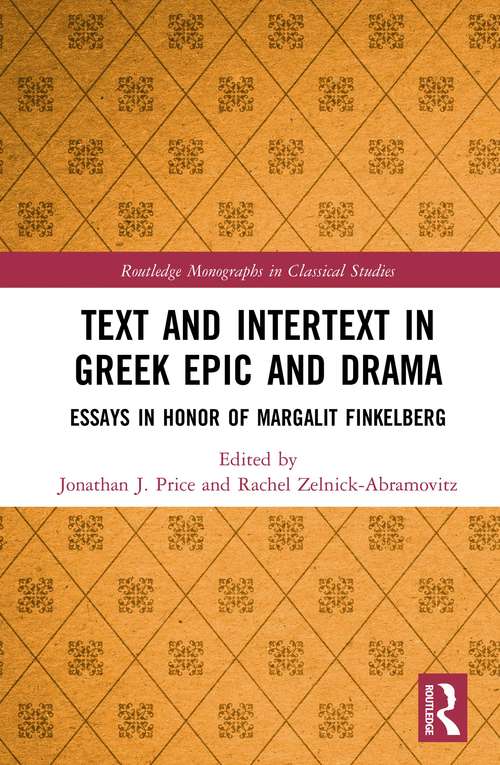 This collection presents 19 interconnected studies on the language, history, exegesis, and cultural setting of Greek epic and dramatic poetic texts ("Text") and their afterlives ("Intertext") in Antiquity.

Spanning texts from Hittite archives to Homer to Greek tragedy and comedy to Vergil to Celsus, the studies here were all written by friends and colleagues of Margalit Finkelberg who are experts in their particular fields, and who have all been influenced by her work. The papers offer close readings of individual lines and discussion of widespread cultural phenomena. Readers will encounter Hittite precedents to the Homeric poems, characters in ancient epic analysed by modern cognitive theory, the use of Homer in Christian polemic, tragic themes of love and murder, a history of the Sphinx, and more.

Text and Intertext in Greek Epic and Drama offers a selection of fascinating essays exploring Greek epic, drama, and their reception and adaption by other ancient authors, and will be of interest to anyone working on Greek literature.