A Ministry of Presence 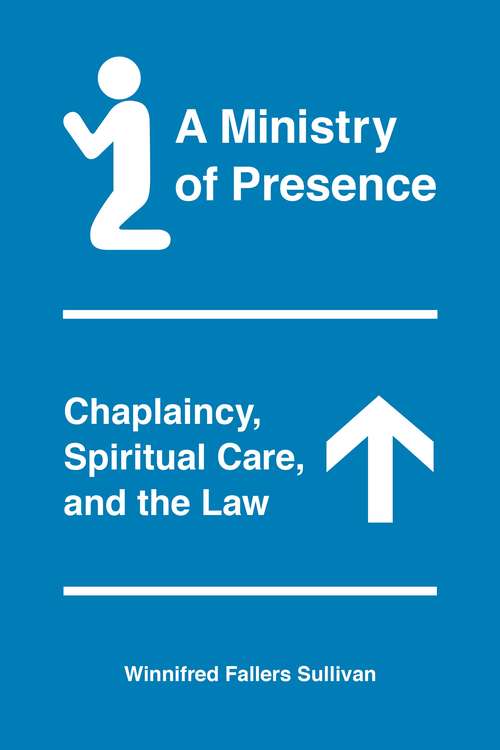 Most people in the United States today no longer live their lives under the guidance of local institutionalized religious leadership, such as rabbis, ministers, and priests; rather, liberals and conservatives alike have taken charge of their own religious or spiritual practices. This shift, along with other social and cultural changes, has opened up a perhaps surprising space for chaplains—spiritual professionals who usually work with the endorsement of a religious community but do that work away from its immediate hierarchy, ministering in a secular institution, such as a prison, the military, or an airport, to an ever-changing group of clients of widely varying faiths and beliefs.

In A Ministry of Presence, Winnifred Fallers Sullivan explores how chaplaincy works in the United States—and in particular how it sits uneasily at the intersection of law and religion, spiritual care, and government regulation. Responsible for ministering to the wandering souls of the globalized economy, the chaplain works with a clientele often unmarked by a specific religious identity, and does so on behalf of a secular institution, like a hospital. Sullivan's examination of the sometimes heroic but often deeply ambiguous work yields fascinating insights into contemporary spiritual life, the politics of religious freedom, and the never-ending negotiation of religion's place in American institutional life.

Copyright:
2014 The University of Chicago Press