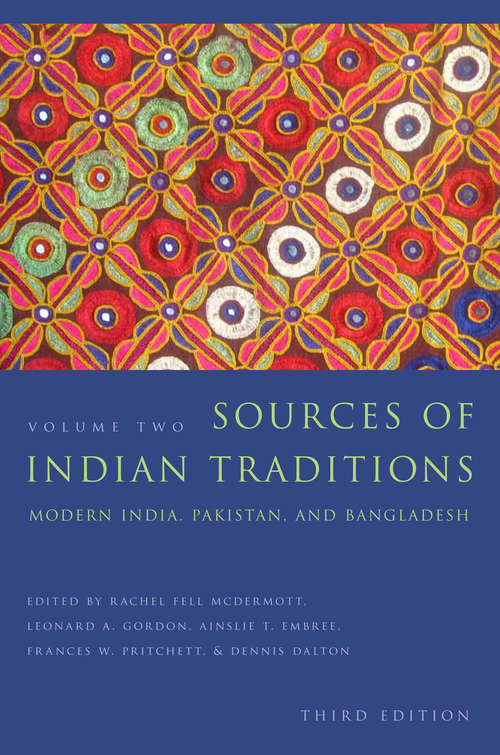 For more than fifty years, students and teachers have made the two-volume resource Sources of Indian Traditions their top pick for an accessible yet thorough introduction to Indian and South Asian civilizations. Volume 2 contains an essential selection of primary readings on the social, intellectual, and religious history of India from the decline of Mughal rule in the eighteenth century to today. It details the advent of the East India Company, British colonization, the struggle for liberation, the partition of 1947, and the creation of Pakistan, Bangladesh, and contemporary India.This third edition now begins earlier than the first and second, featuring a new chapter on eighteenth-century intellectual and religious trends that set the stage for India's modern development. The editors have added material on Gandhi and his reception both nationally and abroad and include different perspectives on and approaches to Partition and its aftermath. They expand their portrait of post-1947 India and Pakistan and add perspectives on Bangladesh. The collection continues to be divided thematically, with a section devoted to the drafting of the Indian constitution, the rise of nationalism, the influence of Western thought, the conflict in Kashmir, nuclear proliferation, minority religions, secularism, and the role of the Indian political left. A phenomenal text, Sources of Indian Traditions is more indispensable than ever for courses in philosophy, religion, literature, and intellectual and cultural history.