The Road to Romance and Ruin 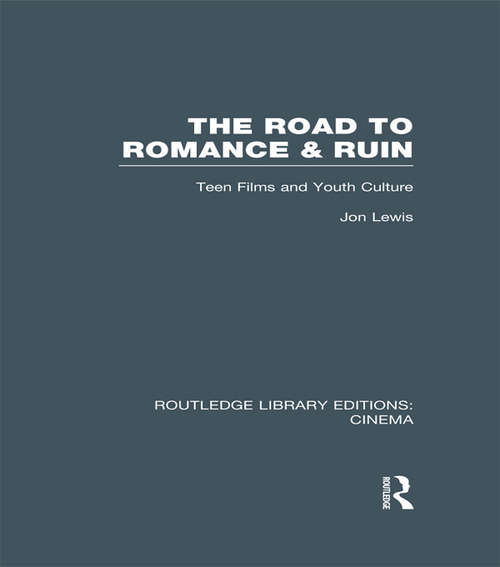 This book analyses the teen film as the rare medium able to represent the otherwise chaotic and conflicting experience of youth. The author focuses on six major issues: alienation, deviance and delinquency, sex and gender, the politics of consumption, the apolitics of youth(ful) rebellion, and regression into nostalgia. Despite the many differences within the genre, this book sees all teen films as focused on a single social concern: the breakdown of traditional forms of authority – school, church, family.

Working with the theories of such diverse scholars as Kenneth Keniston, Bruno Bettelheim, Erik Erikson, Theodor Adorno, Simon Frith, and Dick Hebdige, the author draws an innovative and flexible model of a cultural history of youth. Originally published in 1992.