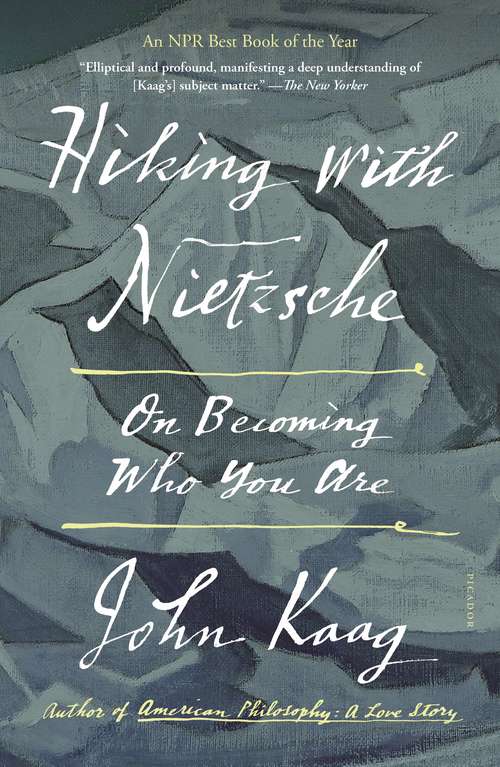 One of Lit Hub's 15 Books You Should Read in SeptemberA revelatory Alpine journey in the spirit of the great Romantic thinker Friedrich NietzscheHiking with Nietzsche: Becoming Who You Are is a tale of two philosophical journeys—one made by John Kaag as an introspective young man of nineteen, the other seventeen years later, in radically different circumstances: he is now a husband and father, and his wife and small child are in tow. Kaag sets off for the Swiss peaks above Sils Maria where Nietzsche wrote his landmark work Thus Spoke Zarathustra. Both of Kaag’s journeys are made in search of the wisdom at the core of Nietzsche’s philosophy, yet they deliver him to radically different interpretations and, more crucially, revelations about the human condition.Just as Kaag’s acclaimed debut, American Philosophy: A Love Story, seamlessly wove together his philosophical discoveries with his search for meaning, Hiking with Nietzsche is a fascinating exploration not only of Nietzsche’s ideals but of how his experience of living relates to us as individuals in the twenty-first century. Bold, intimate, and rich with insight, Hiking with Nietzsche is about defeating complacency, balancing sanity and madness, and coming to grips with the unobtainable. As Kaag hikes, alone or with his family, but always with Nietzsche, he recognizes that even slipping can be instructive. It is in the process of climbing, and through the inevitable missteps, that one has the chance, in Nietzsche’s words, to “become who you are."