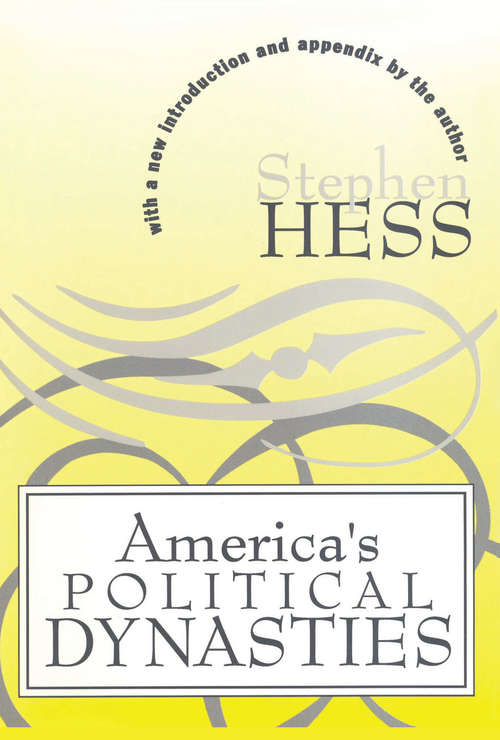 This is the 30th anniversary edition of a book that was hailed on publication in 1966 as "fascinating" by Margaret L. Coit in the Saturday Review and as "masterly" by Henry F. Graff in the New York Times Book Review.The Constitution could not be more specific: "No title of nobility shall be granted by the United States." Yet, in over two centuries since these words were written, the American people, despite official disapproval, have chosen a political nobility. For generation after generation they have turned for leadership to certain families. They are America's political dynasties. Now, in the twentieth century, surprisingly, American political life seems to be largely peopled by those who qualify, in Stewart Alsop's phrase, as "People's Dukes." They are all around us Kennedys, Longs, Tafts, Roosevelts.Here is the panorama of America's political dynasties from colonial days to the present in fascinating profiles of sixteen of the leading families. Some, like the Roosevelts, have shown remarkable staying power. Others are all but forgotten, such as the Washburns, a family in which four sons of a bankrupt shopkeeper were elected to Congress from four different states. America's Political Dynasties investigates the roles of these families in shaping the nation and traces the whole pattern of political inheritance, which has been a little considered but unique and significant feature of American government and diplomacy. And in doing so, it also illuminates the lives and personalities of some two hundred often engaging, usually ambitious, sometimes brilliant, occasionally unscrupulous individuals.